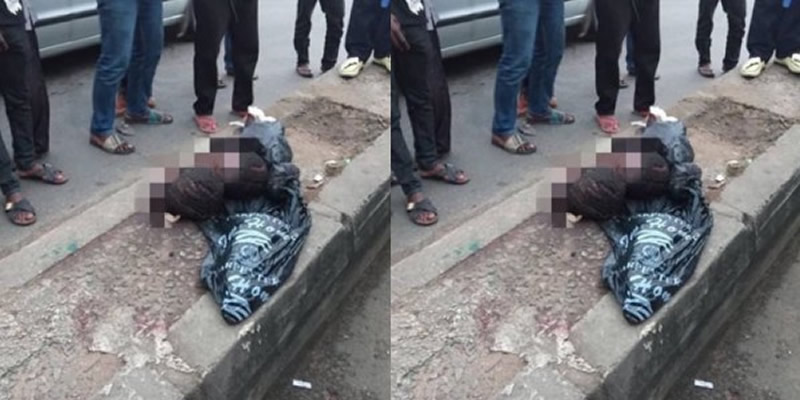 Residents of Choba, Port-harcourt, Rivers State who woke to go about their normal day-to-day activities today, stumbled upon two human heads wrapped in a polythene bag and dumped on a road divider at Choba junction.

At least, two people have been killed and beheaded by unknown men in Choba, one of the host communities of the University of Port Harcourt in Obio-Akpor Local Government Area of Rivers State.

This is happening barely two days after residents of the area raised the alarm in protest over increased killings and other criminal activities and called for regular presence of security operatives.

It was gathered that the body of the men who are yet to be identified were found around Ogor street along Igbogo road while the severed heads were discovered around SDA junction along Choba-NTA road.

The Youth Chairman of Choba community, Francis Ihunda said Choba people woke up to the discovery of two heads at the popular SDA junction.

Ihunda disclosed that police officers were at the scene to evacuate the corpses.

According to Ihunda, “We woke up to the sight of two bodies without heads in our community only to discover that the heads were dumped at SDA junction.

“From their faces, one could see that they are young boys probably in secondary schools and that is what makes it more disturbing.

“Remember that we had called on the Police to carry out more patrols in Choba because we have been seeing signs that some of these bad boys are around.”

In the meantime, a Senior Police officer attached to Choba division has confirmed the incident and assured immediate commencement of investigation into the killing.