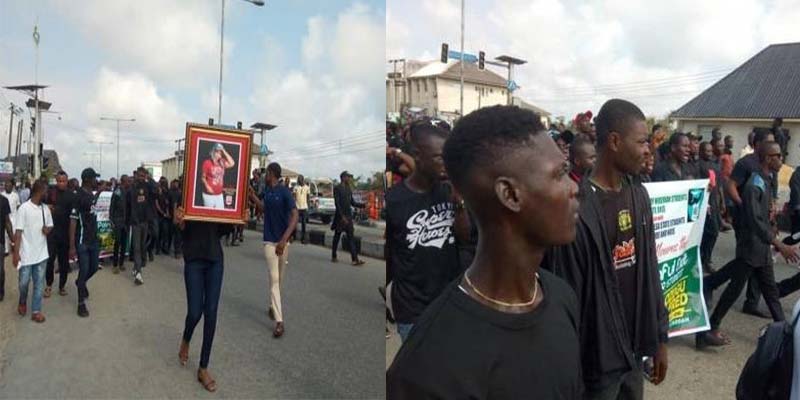 Students of the Niger Delta University, Wilberforce Island, Bayelsa State, have staged a peaceful march over the killing of their colleague by suspected cultists, after they snatched her cellphone.

Late Seiyefa Fred, a 100 level student of the institution, was shot dead over the weekend at Amarata, a suburb of Yenagoa, the Bayelsa State capital. 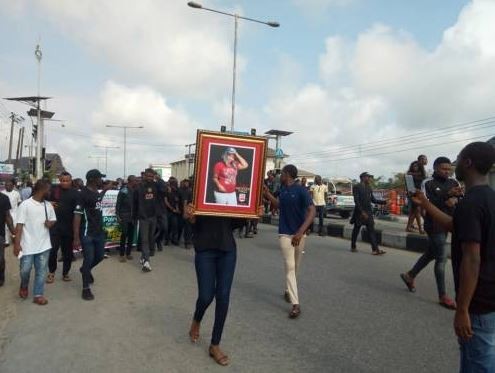 Marching through the streets of Yenagoa, the students were dressed in black and chanted sorrowful songs, as they demanded justice on the death of their colleague as they urged security operatives in the state to live up to their responsibilities. 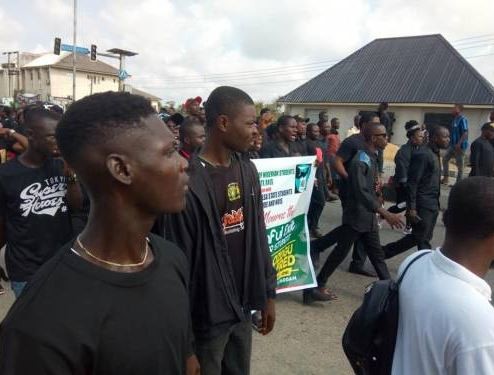