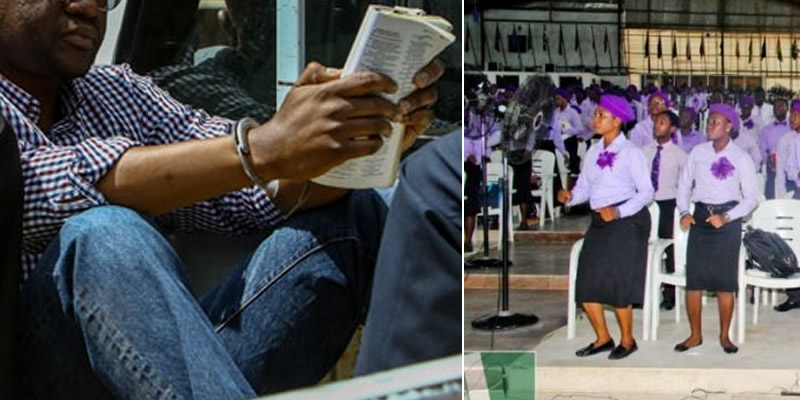 Edo Pastor in trouble after snatching married chorister from husband

Pastor Joseph Igwemon of the Global Influence Ministry is accused of keeping his Chorister identified as Mrs Stella George in his house in spite of her marital status.

The 34-year-old pastor has been arraigned before an Oredo Magistrates’ Court in Benin, Edo State, for allegedly abducting and having carnal knowledge of one of his church members.

The accused, Joseph Igwemon, who is the pastor of the Global Influence Ministry, was said to have committed the offence on October 15, 2018, in the Mission Road area of Benin metropolis.

The victim was said to be a chorister in Igwemon’s church and was wedded to her husband by the accused.

The pastor, who was arraigned on two counts of abduction and an act likely to cause the breach of peace, was alleged to have had carnal knowledge of the victim inside his church.

He was also accused of keeping the woman in his house in spite of her marital status.

The prosecution said the offence contravened sections 249(d) and 361 of the Criminal Code applicable in the state.

The charges read in part, “That you, Pastor Joseph Igwemon, on October 15, 2018, at noon in your church, Global Influence Ministry, at 16, Owoseni Street, off Mission Road, Benin, did conduct yourself in a manner likely to cause the breach of peace by having carnal knowledge of one Stella George, who is a chorister in your church, having wedded her and her husband, one Paul Nosakhare, and thereby committing an offence punishable under Section 249 (d) of the Criminal Code, Cap 48, Vol. II, Laws of the defunct Bendel State of Nigeria, 1976, as applicable in Edo State.

“That you, Pastor Joseph Igwemon, on the same date, time and place, in the aforesaid magisterial district, did abduct one Mrs Stella George by keeping her in your house for months, knowing that she is married and thereby committing an offence punishable under Section 361 of the Criminal Code, Cap 48, Vol. II, Laws of the defunct Bendel State of Nigeria, 1976, as applicable in Edo State.”

But Igwemon pleaded not guilty to the charges.

The presiding magistrate, Mrs Isi Iyoha, granted the pastor bail in the sum of N200,000 and a surety in like sum, who must be gainfully employed. She adjourned the case to November 29, 2018, for definite hearing.