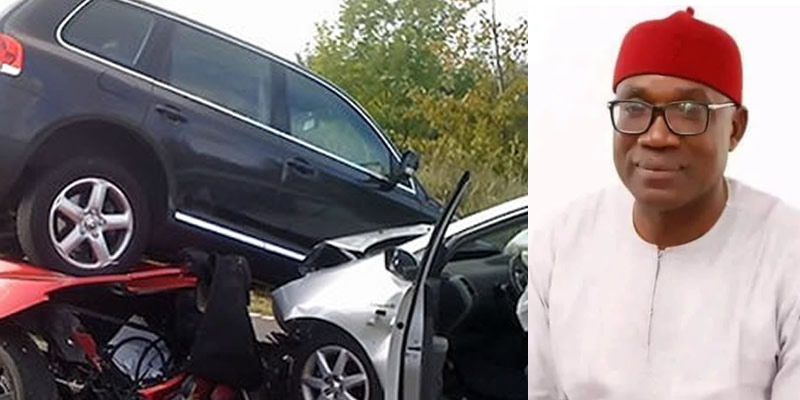 Chairman of the Cross River State chapter of the All Progressives Congress, Dr. Mathew Achigbe, is dead.

Achigbe died in an auto crash along Afikpo Road in Ebonyi State in the early hours of Saturday while on his way back from a church programme in Enugu State.

He was said to have died alongside other yet-to-be-identified occupants in his Toyota Sports Utility Vehicle.

The state Publicity Secretary, Mr. Bassey Ita, did not pick up calls to his phone when contacted.

However, the state party Vice Chairman, Mr. John Ochala, said the news came as a rude shock to party members.

He said, “He went for a Catholic Church programme and was on his way to Obubra when this incident happened.

“He was to meet with the party leaders in Obubra Local Government Area and the leaders were already gathered and waiting in his house when the news filtered in that he had died in a fatal road accident. Everybody is in a state of shock, we cannot make any comment for now.”

“It is true, we have lost our state chairman. We are very saddened by the loss of our chairman to a car accident on his way back from a Catholic Knight programme in which he was a leader. We are so saddened that we cannot have an official reaction for now.

“Some other people also died in the accident but we do not have the identities of those who died yet. I do not think anybody survived that accident. It is an unfortunate development,” he added.

Another interesting topic; ‘I will not die until you become president’, Prof Ben Nwabueze almost in tears as he tells Atiku

VIDEO: Lady caught stealing at a shop she previously stole from in Warri