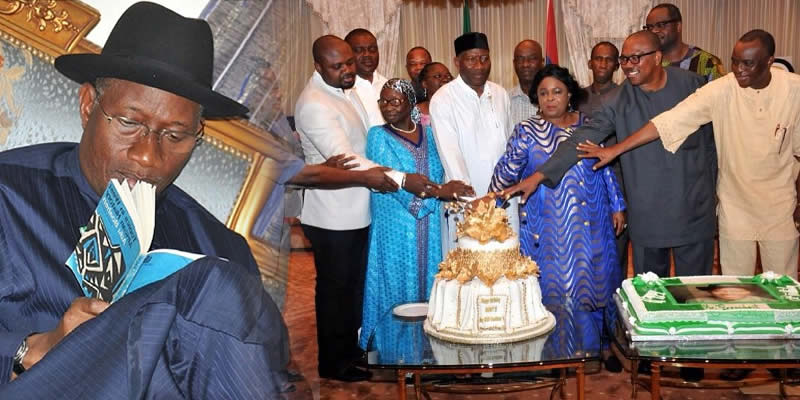 Family and close friends of Goodluck Jonathan recently held a surprise birthday party for him. The former president clocked 61 on November 20 and woke up to the cheering of family and friends at his Abuja residence.

The former president also got a surprise birthday party hosted by family and friends at his Abuja residence. The ceremony was filled with his family members and close pals including former first lady, Patient Jonathan, who posed with him in the trending birthday photos.

The photos from the vibrant ceremony have been making waves online as several scores of Nigerians felicitate with the man who many have described as true democratic leader of our time.

Here are the photos below: