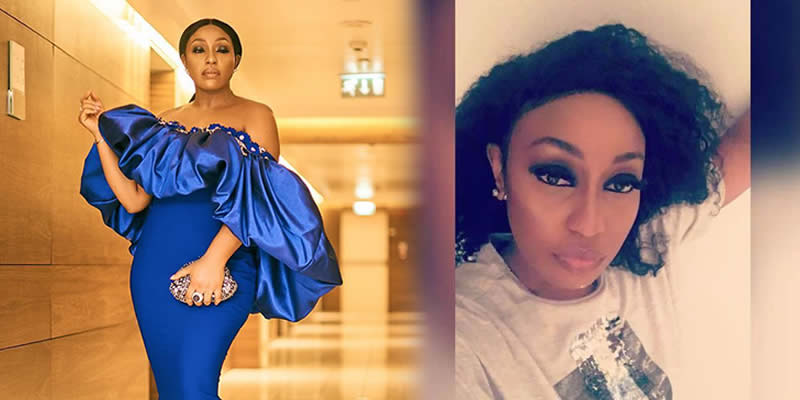 Days ago, Hackers took over BBN star Nina’s Instagram page, and released her ‘private chats’ with Alex and Bobrisky including the phone number of Nollywood actress, Rita Dominic. 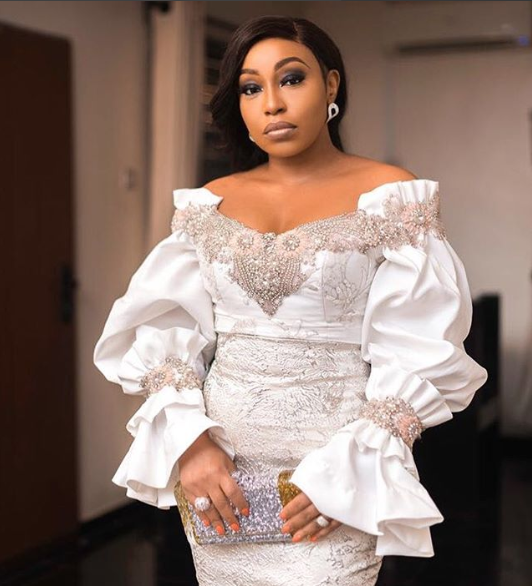 The actress has since taken to Twitter to cry out that she has been added to 1000 WhatsApp groups.

While reacting to a Twitter user who revealed that Rita’s number has been to her mum’s WhatsApp group, the actress wrote: ‘I am a member of over 1000 groups now.  Good morning everyone.’ 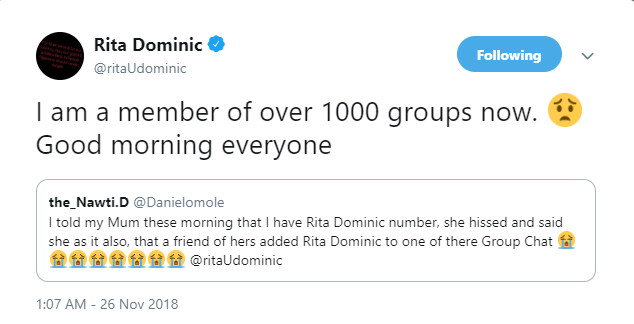 You may also like to read; Rita Dominic’s phone number leaked by Nina’s hacker