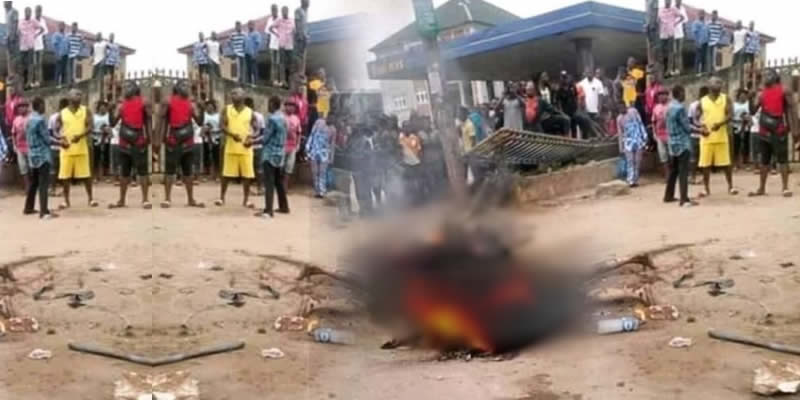 Two men were set ablaze by a mob shortly after they allegedly robbed a bank customer in Abia state.

According to reports, the suspected thieves are known to lie in wait for unsuspecting bank customers who just withdrew money. They go after these customers and snatch their money from them.

The suspects were allegedly caught on Wednesday morning after they waylaid a customer near a bank at Abayi, Aba, Abia State. They had allegedly been waiting on their bike and as soon as the customer left the bank, they snatched the bag of money and escaped.

But they were caught before they could go far and were set ablaze alongside their motorcycle.

Many escape death as three-storey building collapses in Umuahia

I’ll be back soon, Ikpeazu speaks from isolation centre

You may also like to read; Police nab suspected killers of youth corper in Abia