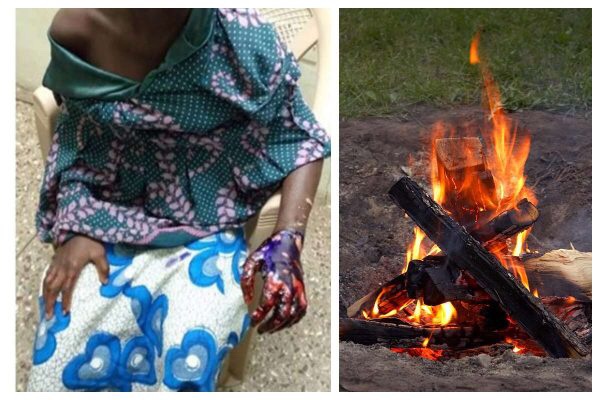 A 62-year old Ghanaian lady, have been arrested for dipping the hand of her 13-year-old granddaughter into the fire for stealing meat.

The lady Aisha Tetteh, and her accomplice 36 year old, Godson Ablor, were arrested for roasting the young girls hand.

She said the two accused the victim of stealing meat from two separate pots of soup belonging to Aisha and Ablor’s wife on the same day.

Tenge said even though the victim denied, Aisha and Ablor decided to punish her. As part of the punishment, Ablor allegedly used a razor blade to cut the left fingers of the victim before shoving her left hand into the burning charcoal.