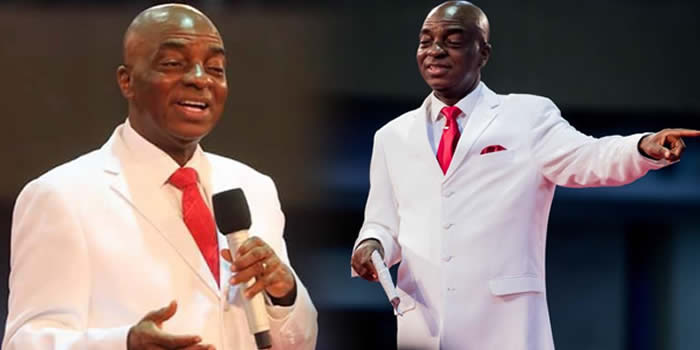 The Presiding Bishop, Living Faith Church Worldwide, aka Winners Chapel, Dr David Oyedepo has said that he has never received or shared any booty from any government in Nigeria.

He boasted of God’s blessings on his life and that he has a clear conscience. “I don’t share any booty from any government. I have a clear conscience; I am dangerously wealthy. I am rich, whatever I want, comes. That’s what they call wealth,” the Bishop said.

Oyedepo stated this at the opening session of Shiloh 2018, the annual gathering of the members of the Living Faith Church tagged “Dominion” at its International Headquarters, Canaan Land, Ota in Ogun State.

The Bishop warned those he called ‘political gladiators’ to understand that authority is now domiciled in the church, saying, “If the church says you are going nowhere, there is nothing you can do.”

Speaking on “Heralding the Dominion Era of the Church,” he declared that the authority that enthroned the church was from heaven and not man-made. “It is not something that we organise; it is by the hand of God. You can be upset, it won’t change anything,” he added.

He told the congregation, which included 4,512 delegates from 43 nations of the world that God would be confirming in these last days that heavens rules in the affairs of men.“If the church comes against any arrogant, puffing fellows, they shall be messed up,” he affirmed.

Oyedepo noted that for anyone to dominate his world, he has to first dominate the issues of his life. “Until one is rescued, he cannot rescue others. We must remove the beam in our eyes before we can remove the mote in other people’s eyes,” he urged.

The event, which will end with a thanksgiving service on Sunday, December 9, 2018, is the 20th edition of the annual programme that features prayers, special ministrations, instant testimonies and encounter nights.

You may also like to read; Presidency Reacts To Oyedepo’s Video Of ‘Dead’ Buhari