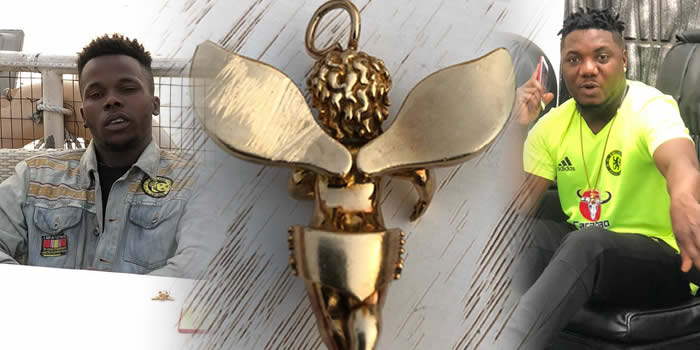 Nigerian rapper, CDQ who lost his pendant few days ago, has recovered it, and also offering a scholarship to student who found it.

The rapper took to his Instagram page to reveal that he has gotten his lost pendant back, he also revealed how he was left frustrated during his quest for the jewel.

CDQ said a young student of Yaba Tech found the pendant, and he promised to sponsor the student’s education till he graduates and also support him in any career.

Everyone help me say a big thank you to him

CDQ Finally Bows To Pressure, Apologizes For Comment About Teddy A And…

You may also like to read; It’s not a sin to drink, says born-again Lynxx

First wife interrupts her Pastor-husband’s wedding to another woman

CDQ Speaks On Dissing MI Abaga In His Track

CDQ recounts how SARS officers allegedly threatened to shoot him

CDQ celebrates Masterkraft on father’s day, says he rebuilt him after his father…