A Nigerian man identified as Mike Godwin, took to Facebook to narrate how a police officer shot his colleague for questioning him.

According to the man, the incident occurred while on his way to Lagos at East West Road by Rumuge. Mike Godwin disclosed that the police officer shot his colleague who questioned him for delaying passengers of a transport company, whose driver he asked for driver’s license and tinted glass permit.

“This happened on my way for Lagos yesterday on east west road by Rumuge, A police man stopped our bus asking for drivers license from our driver which he gave him after that , he requested for tinted permit then the driver told him that the car is a company car and that the copy of the permit was not with him.

We all came down pleading with him to let us go, but he bluntly refused. On seeing us another of same company bus stoped to ask his colleague what the issue was along side with some passengers the next thing was that the police man opened fire on the leg of this young man who was also presumed to be a force man just because he demanded an explanation on why we were unjustly delayed. 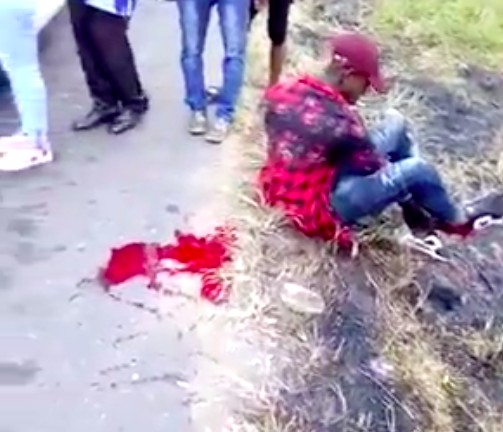 Am yet to recover from the shock can’t believe that the people that are meant to protect lives and properties, can just open fire and shot at a live that they are to protect. Pls share let those in authority see it.” 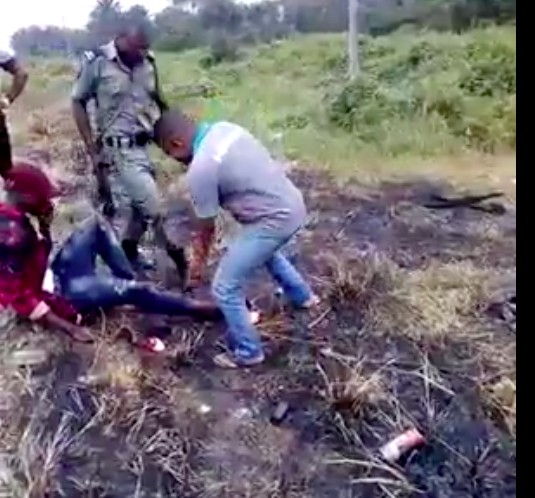 You may like to read; Man stabbed to death in front of his own mortuary in Rivers State