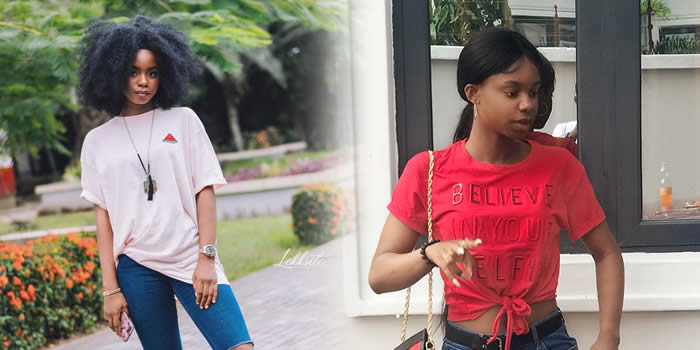 Popular actress Iyabo Ojo is super proud of her very beautiful daughter. Not only does she think the lady is pretty, she also is of the opinion that her child has surpassed her in beauty. On this note, the screen diva took to sharing a lovely photo of her priceless daughter.

The actress was full of praise as she shared her daughter’s photo. She was particularly excited that the lady named Priscilla had all the grace and charm she had. But even more, she had to admit that her daughter was even more beautiful than she was.

Priscilla is one of Iyabo Ojo’s two children. The lady got married to her former husband when she was just 21. According to her, she had to get hooked to him at that age because she was pregnant for him.

As gathered, the ex-husband was a movie marketer. For reasons best known to the couple, they got divorced but not without having two beautiful children named Priscilla and Festus.

Regardless of her failed marriage, Iyabo Ojo adores her children and does not fail to flaunt them any chance she gets. It was for this reason that she posted a picture of her daughter and praised her on Instagram.

Many Nigerians were particularly blown away by the beauty of the lady. They agreed with the fact that she was beautiful and matured like her mother. See some of the comments below:

READ: Mercy Johnson is all shades of beautiful in gleaming new photos

reachouttemi497: “Hey beautiful babe, let me remind you that you are hotter than the sun.”

rightmindbewise: “Oh babe na your mama born u. God keep them always for you sis.”

Given by her recent endeavours and ventures, it would seem the beautiful Priscilla is already paving a way for herself and building a life as a brand ambassador, fashionista and makeup artist. She is indeed becoming a beauty to watch out for.

Recently, Priscilla and her brother Festus got the opportunity of meeting up with their father after six years of separation. They got to meet up with him in the United States when they went for a vacation. The moment was indeed emotional for them.

You may aloslike to read; Nollywood is filled with gossip, envy, backstabbing – Iyabo Ojo