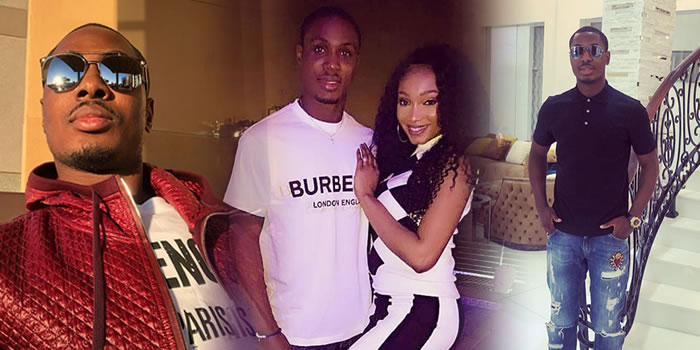 The football player shared photos of himself chilling in the house with friends and family members as he celebrated his housewarming party on Sunday, December 16.

His wife, Sonia Ighalo, also took to her Instagram to share videos of the mansion and the celebration on her Instagram story. The beautiful lady also prayed that God should continue to bless her husband.

According to reports, it was also gathered that the young man also bought his wife a brand new Range Rover.

Odion Jude Ighalo is a Nigerian football player who plays striker for the Chinese club known as Changchun Yatai and for the Nigerian national team. He was born on June 16, 1989.

The footballer became known as a professional player in 2015. He also represented the nation at the 2018 World Cup.

You may also like to read; Photos: Actress Mimi Orjiekwe buys herself house in Lekki, brand new Range Rover

Why I Don’t Flaunt My Wife –Sunny Nneji