Today, The Chairman, Forte Oil Plc, Femi Otedola revealed the man who inspired his wealth, Chief Wahab Iyanda Folawiyo, as he declares him the richest Nigerian that ever lived.

Otedola disclosed this in an Instagram post on Thursday. In a caption of a photo he took with Tunde Folwaiyo (the son of the deceased), the Forte Oil boss said it was the late Folawiyo that taught him entrepreneurship.

He wrote, “In Malaysia with my brother, the great Tunde Folawiyo! 43 years ago his family opened my eyes to entrepreneurship! The great late Chief Iyanda Folawiyo, the richest Nigerian of all time! The first time I drove a car in 1976, Tunde availed me the opportunity! May the late Baba Adinni’s gentle soul continue to rest in peace.”

Wahab (Abdulwahab) Iyanda Folawiyo (June 16, 1928 – June 6, 2008) was a Nigerian businessman and philanthropist. In 1957, he founded Yinka Folawiyo & Sons, which has become the parent company of the Yinka Folawiyo Group of Companies. He was born in Lagos to Pa Tijani, a wealthy local merchant, during the British colonial era. He attended the University of North London in 1951, where he read Management, specialising in Ship Brokerage. He returned to start Yinka Folawiyo & Sons, an import and export business. Folawiyo was also the first African-descended Principal Member of the Baltic Exchange in London. 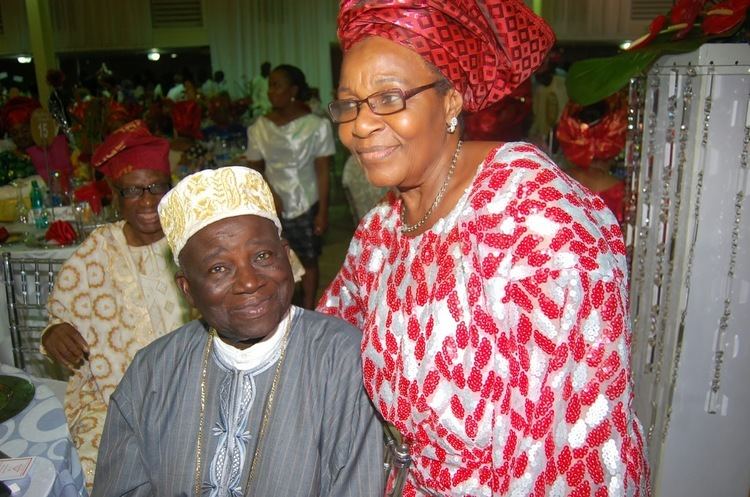 He died in the early hours of June 6, 2008, at his residence in Queens Drive, Ikoyi, Lagos, at the age of 79 surrounded by his family; he was to have celebrated his 80th birthday on June 16. He was buried, by Muslim dictates, on the same day (at 4:45 p.m.) in the Central Mosques’ burial ground meant for imams of the mosque; only two other people besides Folawiyo, Imam Ibrahim Otun and Imam Murah, are buried in the cemetery. Former members of government rushed to the mosque to pay respects, including former president Olusegun Obasanjo and former vice-president Atiku Abubakar, while state governors sent their condolences.

Meanwhile, at least five Nigerians have been named as the richest of all time by various sources.

The late Wahab Folawiyo, who lived from June 16, 1928 to June 6, 2008 was a Nigerian businessman and philanthropist.

You may like to read; Assistant Pastor defile church member’s twin daughters in Lagos