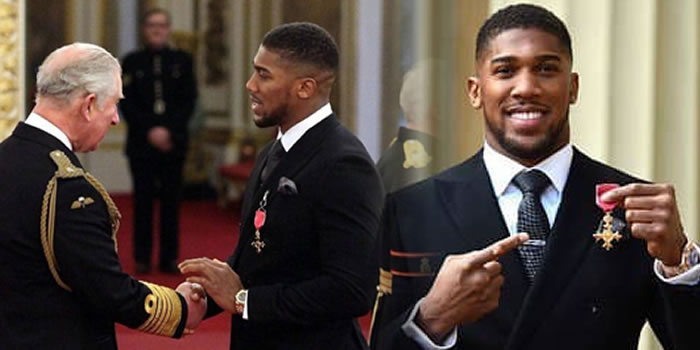 Nigerian born heavyweight boxer, Anthony Joshua has been awarded an Officer of the Most Excellent Order of the British Empire for his services to sport by Prince Charles.

The award ceremony held at Buckingham Palace, on Thursday.

Prior to this, the 29-year-old boxer was previously awarded a Member of the Most Excellent Order of the British Empire back in 2013, for his success at the London 2012 Olympics where he won gold in the heavyweight boxing. 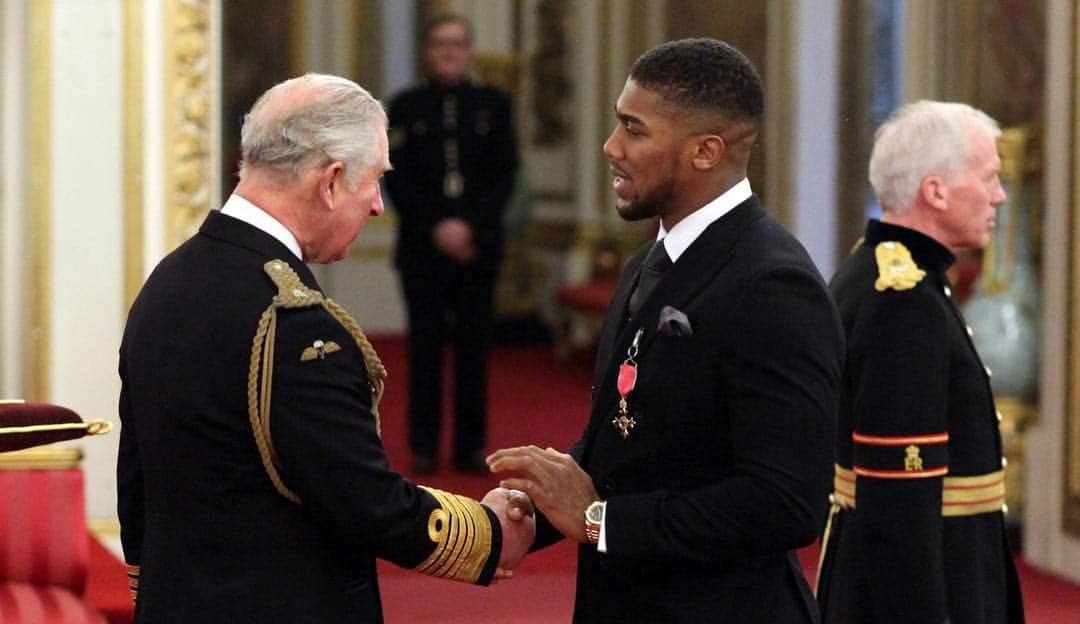 An OBE is a Queen’s honour given to an individual for a major local role in any activity such as business, charity or the public sector. 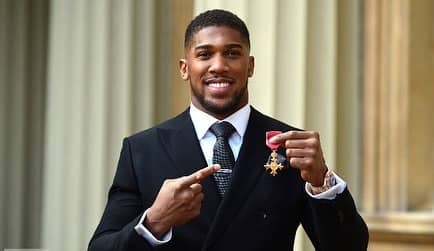 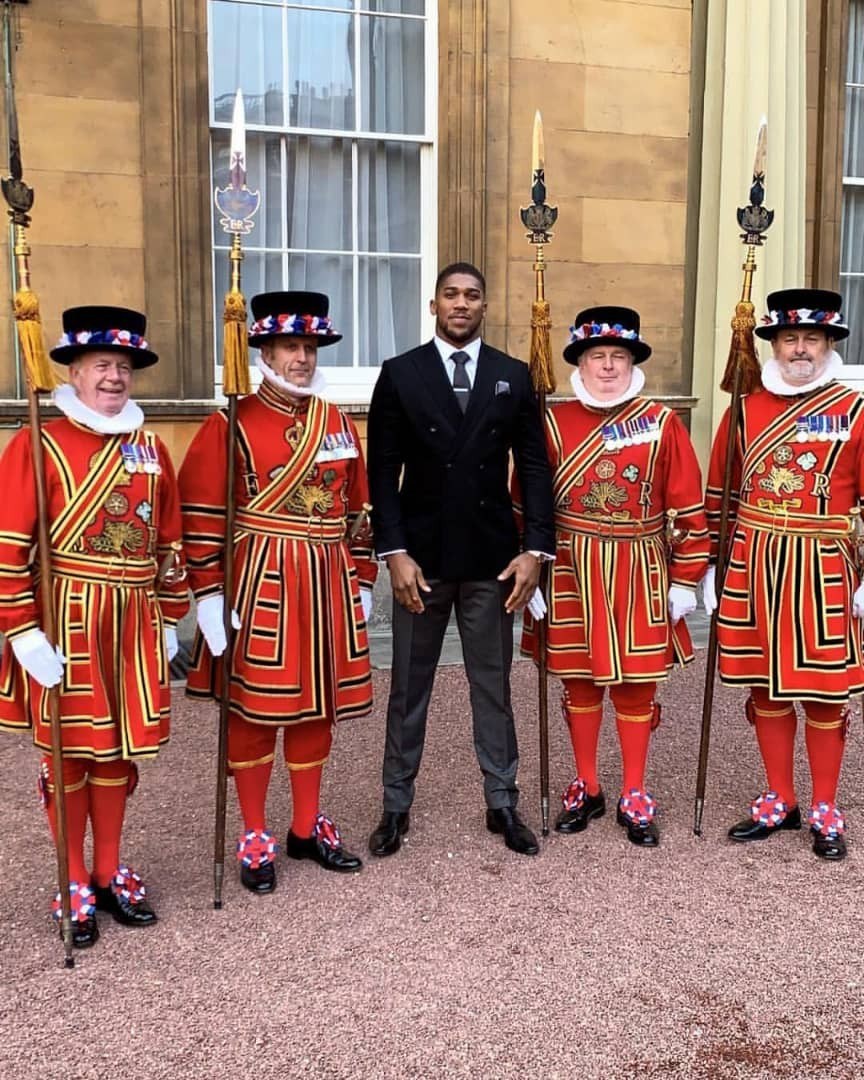 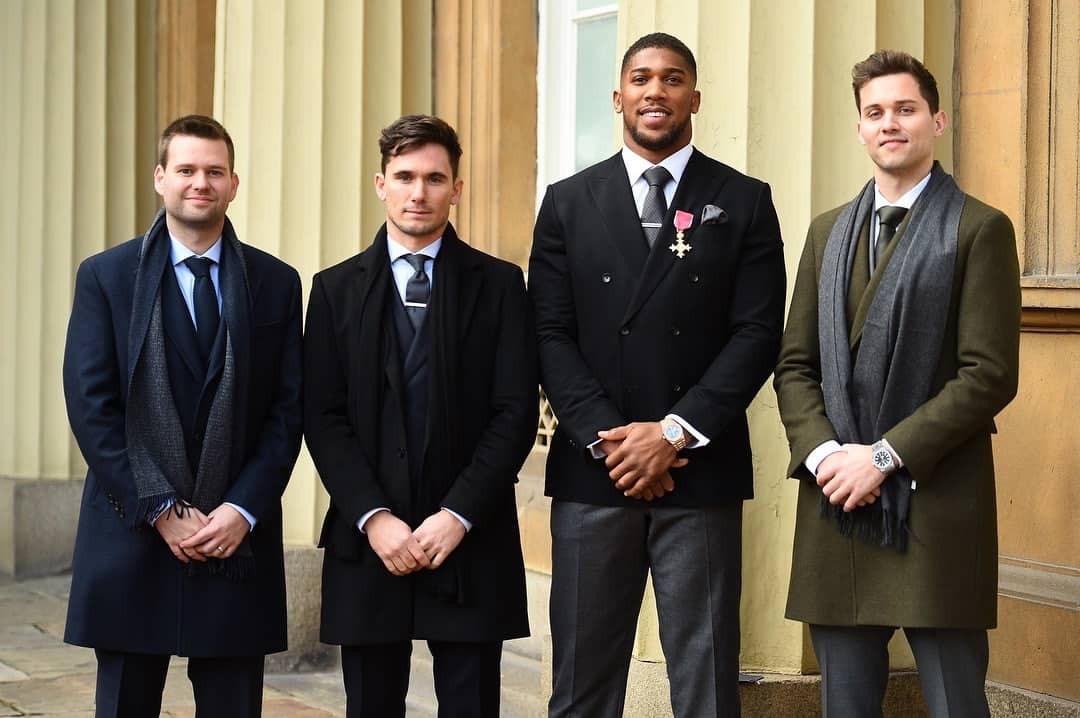