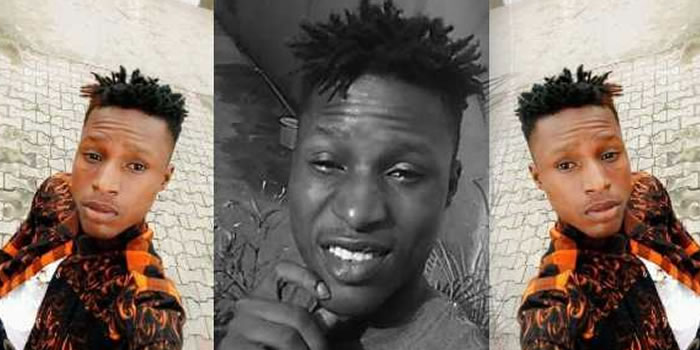 Nigerian man gives reasons why he dumped God for Satan

A Nigerian man simply identified as, Philips Nonny has taken to social media to announce that he has finally dumped God for Satan.

The young man lamented that he has never achieved anything tangible since he believed in Go. He further told his followers to stop ‘worshipping something that does not exist’.

I am living for Satan. God is a scam. I hv never achieved anything tangible since I knw him…God is fake, he is partial….he does not exists…stop worshipping sometin dat does not exist…come to Lucifer/satan and hv eternal joy #Religiousisascam 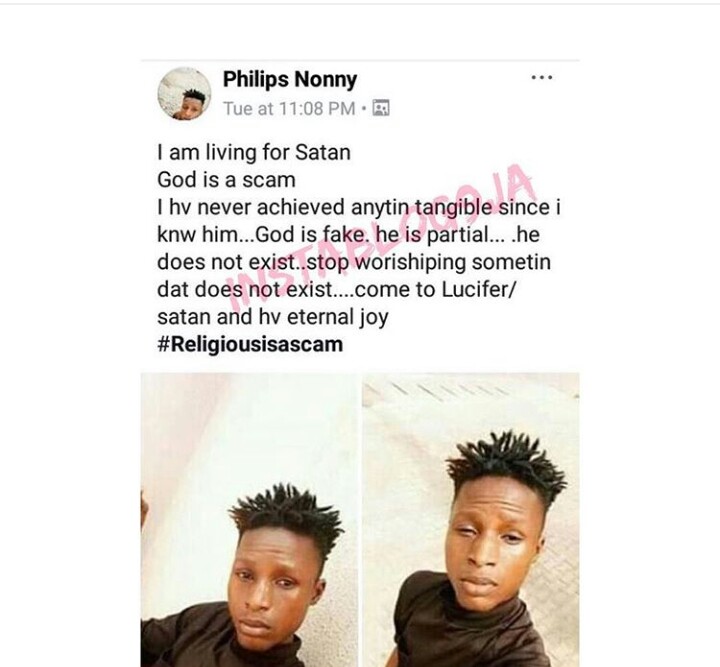 You may also like to read; Young lady who was beaten by Facebook friend threatens to commit suicide