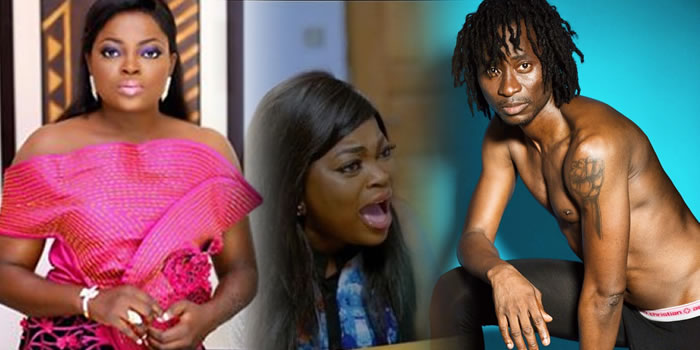 “What has god got to do with IVF?” – Bisi Alimi speaks on Funke Akindele’s delivery

Controversial gay rights activist, Bisi Alimi has expressed his confusion as to why Nigerians and especially intellectuals are thanking God about the birth of actress, Funke Akindele-Bello’s twins when it’s clear she had IVF.

Alimi took to social media on Sunday to raise concerns as to why people are attributing the birth of the children to “God’s intervention”. He explained that perhaps Nigerians don’t understand IVF and simply explain it as a miracle.

He wrote on Facebook, “I am going to make additional post about the IVF case and I will shut up. I have seen reactions from a lot of Nigerians about the case of Funke and God’s intervention and after really trying to understand the thinking behind it, I came to this conclusion, and I think it will be the same conclusion you will come to, if this process of reasoning is adopted scientifically.

Interaction with an issue normalises it. What do I mean by that? So I live in a country where there are increasing numbers of kids born via IVF. It is not strange and it is not a big deal.

“In Nigeria the concept of IVF is still strange and when it happens, you have to use the nearest and not necessarily the best example to explain it.

So the best way an average Nigerian can explain the science of IVF is to turn it into a miracle, because it is beyond their everyday reality.”

“Now, this doesn’t make it right, but it shows the reduced reality and hence reduced vocabulary to explain the unexplainable.

Bisi Alimi Calls Out Bobrisky For Being A Fraud

It doesn’t mean Nigerians are stupid, it just means some things are beyond their grasp and they can only be explained as a miracle.”

You may also like to read; Ufoma McDermott narrates how her son was conceived via IVF; says people need to appreciate knowledge