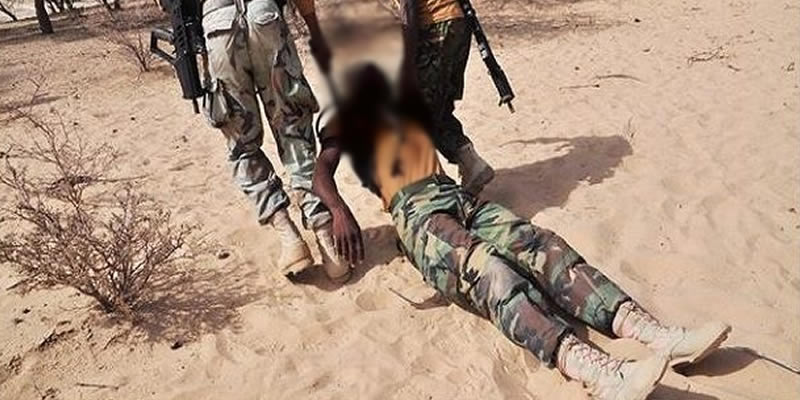 The Army have confirmed the killing of thirteen soldiers and a police officer in Yobe State in a Boko Haram attack.

According to the military, the insurgents lunched two successive attacks on a military formation and an ambush on the Maiduguri/Damaturu high way at about 6.30 pm.

The statement which was signed by spokesman 7 Div. Col. Onyema Nwachukwu said several insurgents were killed during the attack, just as the others were repelled.

The Nation checks revealed that the police officer killed was the orderly to Gov. Gaidam’s ADC who was on a convoy with the governor eldest son on their way back from Maiduguri.

The governor’s son convoy ran into the insurgents thinking they were military personnels as the were said to have been dressed in military uniform.
The statement reads; “Troops of Operation Lafiya Dole Monday 24 December, 2018 repelled a Boko Haram terrorists’ attack on a Forward Operational Base at Kukareta in Damaturu Local Government Area of Yobe state.

“The terrorists who attacked the location at about 6. 30 pm met with prompt and fierce response of the vigilant troops who engaged and overpowered them, killing several of the terrorists.

“Unfortunately however, a soldier was wounded in the encounter.

“In another encounter, troops of 1 Division on escort duty along Damaturu – Maiduguri road yesterday fought through an ambush staged by Boko Haram terrorists.

“The gallant troops engaged the terrorists in a fire fight, courageously wading through the ambush.

“Sadly, thirteen military and a police personnel including a Police officer, paid the supreme price while extricating themselves from the ambush.

You may like to read; Nigerian soldier celebrates birthday on the battlefield (Photo)

“A clearance Operation to pursue and eliminate the Boko Haram terrorists ambush party is still ongoing.

“The bodies of the gallant soldiers and the policeman and the wounded have been evacuated. The wounded soldier is currently receiving treatment”

Christmas Fiesta And Why Gov. Ortom Must Apologize To The Fulanis