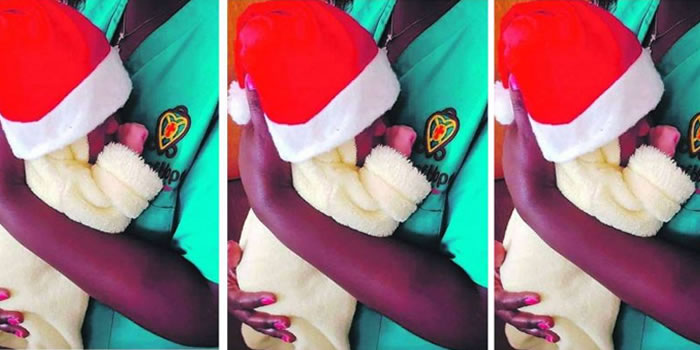 Baby abandoned by the mother in a bin on Christmas day, rescued

A baby who was abandoned on the road by his mother on Christmas day, has been recused by an orphanage, in Glenvista, Johannesburg, South Africa.

The Door of Hope Children’s Mission received a different kind of gift on Christmas Day after the baby was wrapped in a plastic bag and placed in a dustbin outside the home.

Hannah Thompson, a baby care co-ordinator at the home, told Daily Sun: “We consider the baby a gift because it’s alive. Whoever found the baby boy gave him an opportunity to live.”

According to Hannah, most of the abandoned babies they received were from police and hospitals, and some were brought by their mums.

She said they often gave poverty and financial instability as the reasons for bringing the babies.

But we’d rather have mums handing over their unwanted babies than placing them in rubbish bins.“Child abandonment is a real issue that people must be educated on.”

“When they open the box, an alarm alerts us that there’s a baby. We can also see the baby because there’s a camera focused on the box. We’ve received more than 200 babies since 1999 at our Berea home in Joburg,” said Hannah.

She said the babies were often adopted or reunited with their families.

You may also like to read; Actress Destiny Etiko gifts her mom a house on her birthday (Photo)