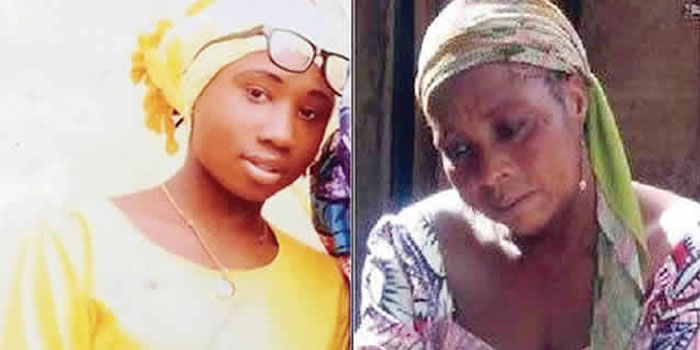 Leah Sharibu’s mother, Rebecca, is worried that her daughter is spending the Yuletide in Boko Haram captivity despite the Federal Government’s promise to secure her release before now.

Her friend and senior lecturer in the Department of Political Science, University of Jos, Dr Gloria Samdi Puldu, made this known on Friday.

Sharibu was one of the 110 female students of Government Girls’ Science and Technical College, Dapchi, Yobe State, who had been held in captivity since February 19, 2018 by Boko Haram terrorists on account of her Christian faith.

Speaking in an interview with Saturday PUNCH, Puldu stated that Rebecca Sharibu had been devastated and down with fever because “it has not been easy spending Christmas without Leah.”

She said the hope of the entire family was that by this time, the assurances that the Federal Government gave during the visit of the three ministers that Leah was going to be released would come true.

The UNIJOS don explained that since the visit and assurances, communication had been lost between the family of Leah Sharibu, her captors, and the federal and Yobe State governments.

Puldu called on the international community to intensify their prayers for the release of Leah Sharibu and other captors in Boko Haram captivity.

She said, “Leah Sharibu’s mother had a devastating Christmas; she has been down with serious fever and she is just recovering. It has not been easy spending Christmas without Leah. The hope of the entire family was that by this time, the assurances that the Federal Government gave to us when the three honourable ministers visited that Leah was going to be released would come true.

“We all had our hopes high, November passed, we are in December and thought that she would be out from captivity and be around on the Christmas day. Her birthday was on May 24 when she turned 15 years. It was a very devastating Christmas, despite the fact that our hopes had been completely in God.”

You may also like to read; Buhari meets abducted Dapchi Schoolgirls’ Parents, says his effort better than Jonathan’s