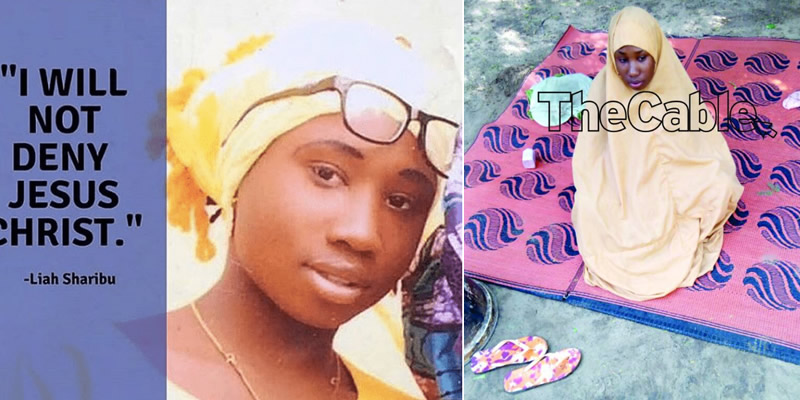 Leah Sharibu who has been in captivity since she was kidnapped in February alongside 118 other students, asked President Muhammadu Buhari to save her from her captors.

In an audio obtained by TheCable as a “proof of life”, Leah, who has been held captive for 7 months now by a breakaway faction from Boko Haram called Islamic State West Africa Province (ISWAP), pleaded with the government of Nigeria to secure her release. She also pleaded with Nigerians to assist her family at their time of suffering.

Clad in hijab and sat on a mat, the schoolgirl made her plea in Hausa in a 35 seconds audio, saying:

I am Leah Sharibu, the girl that was abducted in GGSS Dapchi. I am calling on the government and people of goodwill to intervene to get me out of my current situation.

I also plead to the members of the public to help my mother, my father, my younger brother and relatives. Kindly help me out of my predicament. I am begging you to treat me with compassion, I am calling on the government, particularly, the president to pity me and get me out of this serious situation. Thank you.

Leah’s schoolmates who were abducted with her were released on March 21, 2018, following what sources said had to do with the intervention of the Islamic State in Iraq and Syria. 5 of the girls died in captivity. The others who were alive were freed, except for Leah who refused to renounce her faith.

The federal government had said it was making efforts to secure her release.