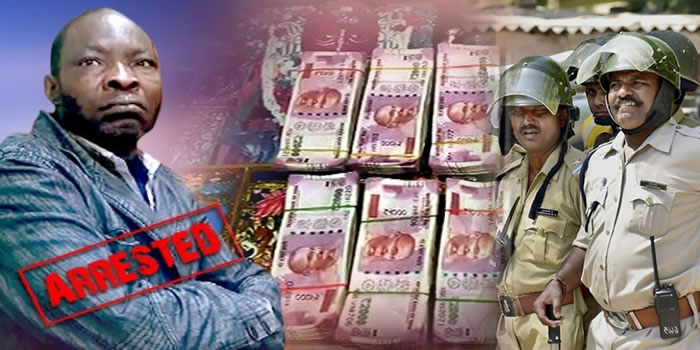 Nigerian man arrested in India for duping a doctor

The Police on Wednesday, January 2, arrested a 44-year-old Nigerian man, identified as Nicolas Kujoe, who lives in Angul Railway Station, in Odisha, India, for duping a doctor of Rs. 18.50 lakhs.

The Police also seized the cash, a passport and a mobile phone from the possession of Kujoe.

According to reports, the suspect had duped one Dr. Mangal Charan Murmu, a pediatrician posted in Sishu Bhawan in Cuttack, on the pretext of providing him medical equipments at cheaper rates. For the purpose, he had taken Rs. 18.50 lakhs in cash from Murmu.

After learning that he had been duped by Nicholas, the doctor filed a police complaint following which the Police raided Angul Railway Station on Wednesday evening and caught Nicolas, while he was trying to flee the town.

Police officials informed that Nicolas had been residing in Mumbai on business VISA since October 2018.

Further investigation into the matter is underway.

My two graduate children don’t own a car, they must work for their own wealth — Peter Obi

El-Zakzaky: India make u-turn, allow Shiites leader use doctors he booked while in…