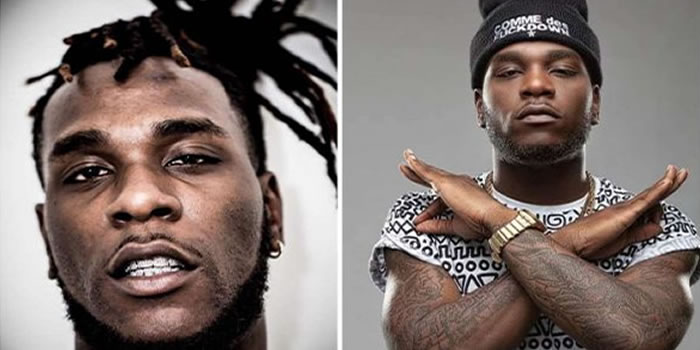 Nigerians drag Burna Boy after he called himself an African giant

Nigerians on Twitter are dragging Burna Boy for calling himself an African giant while complaining about how his name was listed on Coachella 2019 bill.

Burna Boy called out Coachella organisers for belittling him, after he was named among the performers at the 2019 event.

Taking to his Insta Story shortly after the full line up was unveiled, Burna Boy stated,

”I really appreciate you. But I don’t appreciate the way my name is written so small in your bill. I am an AFRICAN GIANT and will not be reduced to whatever that tiny writing means. Fix tings quick please.”

Well, this has not gone down well with many Nigerians, as they took to Twitter to poke fun at Burna for calling himself an African giant.

Burns boy: If by the end of today Coachella doesn't change the font to African giant font. I won't perform in your show again and my fellow Africans weenuhcum

Unpopular Opinion: If Burnaboy calls himself African Giant? Then What is Wizkid and Davido?? pic.twitter.com/k3ZFLIntjC

Burna Boy is an idiot really. I mean if you're that much of an African Giant, help Africa to have its own festival instead of calling out Coachella on font issues.

See why I love this dude. ???? pic.twitter.com/QAK8Bu8Hqz

Nigerians in 2018: Burna boy is a national treasure and must be protected at all cost.

Same Nigerians in 2019: My friend goan sit down. pic.twitter.com/A637rTvHGo

Burna Boy is an “African Giant” but apparently that isn’t enough for him to keep his cool b/c his name was written in a small fucking font size along with other established artistes? Is there more to this story cuz it’s boring pic.twitter.com/W7sNLVreHq

You may also like to read; New Lamba “I Call Lati” – Davido Mocks The Boy He Promised ₦1 Million Naira at His Concert. (Video)