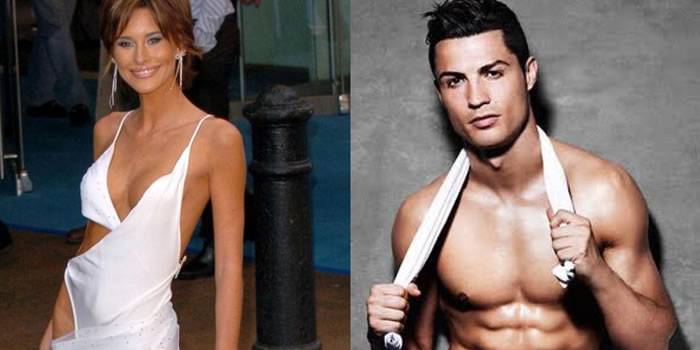 Celebrity Big brother star, Jasmine Lennard, who allegedly dated Juventus and Portugal striker, Cristiano Ronaldo, has taken to Twitter to make mind blowing accusations against the football star,  vowing to help Kathryn Mayorga, the former model, who last year accused the footballer of raping her and trying to buy her silence with a $300,000 Non disclosure agreement.

Jasmine, 33, who recently battled with depression and mental health issues, claims that the footballer she allegedly dated over ten years ago, used to brag about his sexual prowess to her and was a control freak while he dated her.

According to Jasmine, she still talked frequently with Ronaldo, even though they broke up 10 years ago, and that after watching sexual abuse survivors speak out against music star, R.Kelly, in a recently released documentary, she made up her mind to speak out against the former Manchester United star, and also help Kathryn Mayorga‘s lawyers in the rape suit against the footballer.

According to Jasmine, she made audio recordings of her conversations with the footballer because she knows no one would believe anything she said if she didn’t have proof, but that she will make her proofs available to Kathryn’s lawyer, rather than expose them on social media.