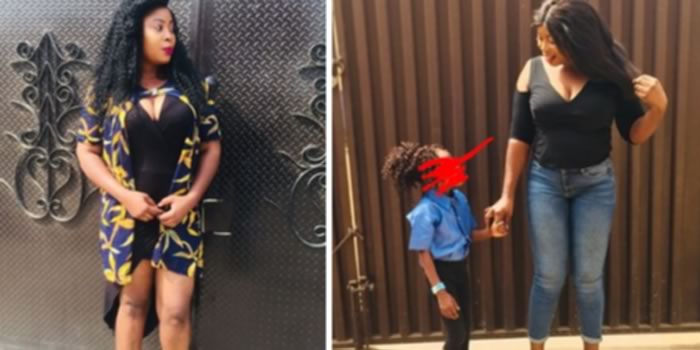 A Nigerian lady who took to Instagram to pen down an emotional post, disclosed that she is a single mum not because she was promiscuous, but because she trusted the wrong person.

According to the Nigerian lady, she has been brave enough to go the way alone, endure ridicule and hatred alone, get misjudged alone and also emerged as a strong woman all alone.

She concluded her post by stating that single mums deserve respect and congratulations for enduring to the end all alone, because deadbeat dads live their lives as if they don’t exist.

But because i trusted the wrong man with my heart,gave myself out to the wrong man who took advantage of my simple naive and pure love.the man promised heaven but led me the hell way.
Am a single mum bcos I was brave enough to go the way alone, endure ridicule and hatred alone, get misjudged alone.i endured all emotions of rejection alone, i endured all difficulties of pregnancy and embraced motherhood alone and emerged as a strong woman all alone.

I protected my child all alone and endured all innocent questions that would stab my heart alone, “Mummy, where is my dad?”. The single mums deserves respect and congratulations for enduring to the end all alone as the dead beat went on with life as if we do not exist. Sometimes I do cry,sometimes I feel wretched,I feel weak and lost but she I look at my child and remember “I must remain strong, composed, courageous and focused since that child has no one else to look up to except me
Big up to all single mothers who stood up strong and brave when the coward took off.press on,the sky is our starting point 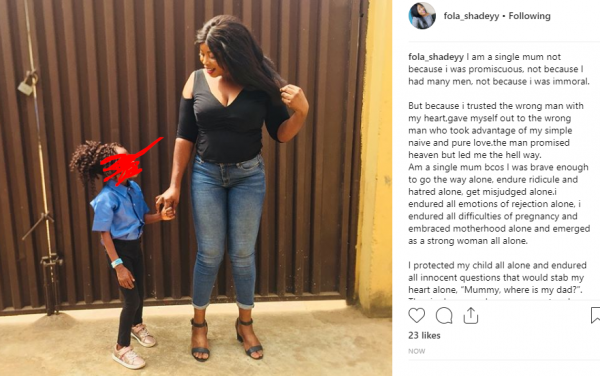