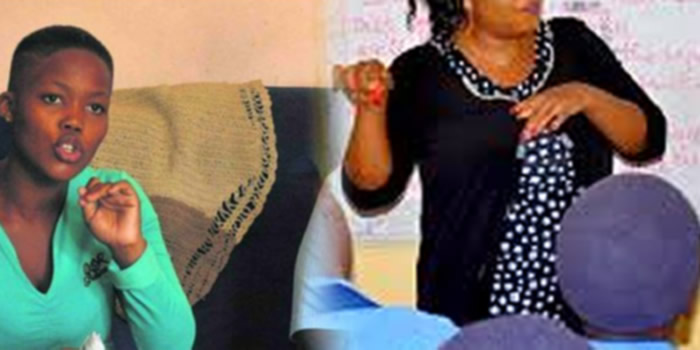 Reasons why Girl who repeated class 4 times blames her teachers

A girl who repeated class 4 times has accused her teachers of punishing her for getting pregnant.

The 20-year-old student identified as Mbali Bulose from Newtown C in Inanda, north of Durban, South Africa, should be doing grade 10 for the fourth time but has been sitting at home.

She wants the South African Education Department to intervene. She claimed she was being treated unfairly. “I failed in 2016 because I didn’t do well. I realized I needed to work harder, but in early 2017 I was pregnant,” she said.

After giving birth, she returned to school and wrote her tests.

“The teachers told me I was a bad influence on others. “I submitted all my assignments on time and wrote all my tests but failed at the end of the year. The teachers said they failed me on purpose.”

She said she went back to grade 10 for the third time last year.

“I studied extra hard but they failed me again. “I went back to school this year and a teacher told me to go to grade 11 because I can’t repeat the same grade four times,” she said.

Education spokesman Kwazi Mthethwa said no complaint has been lodged with them yet and urged Mbali to call the circuit office.

“If these allegations are true, we will deal with the teacher and the principal,” Mthethwa said.