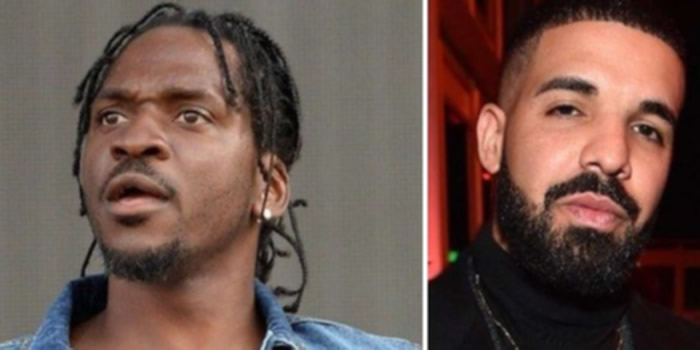 In a new tweet, Pusha T claims someone is trying to restart their beef. This has left fans buzzing with many linking it to his enemy Drake.

Since Pusha T dissed Drake with the song “The story of Adidon”, many have been expecting a response from the Canadian rapper.

It seems Pusha T is now aware that Drake has cooked something which will soon drop.

Issuing a threat to Drake, he wrote:

‘You tried, you failed…I’m hearing you wanna try again, this time I’m not gonna play with you, any of you.’

Drake In Self-Isolation After Partying With Basketballer, Kevin Durant…

One has to wonder what exactly Pusha has been hearing, as it’s clear that something has compelled him to speak out.

Drake is yet to comment on Pusha’s recent Tweet, and many fans are looking forward to a diss track.

It would be recalled that last year October , Kanye went on a social media tear insisting that he didn’t know about “The Story of Adidon” or feed Pusha information about Drake’s hidden son Adonis – Pusha claimed he got his intel from Noah “40” Shebib, Drake’s producer.

MI accuses US rapper J. Cole of stealing his style for his new song “Middle Child’