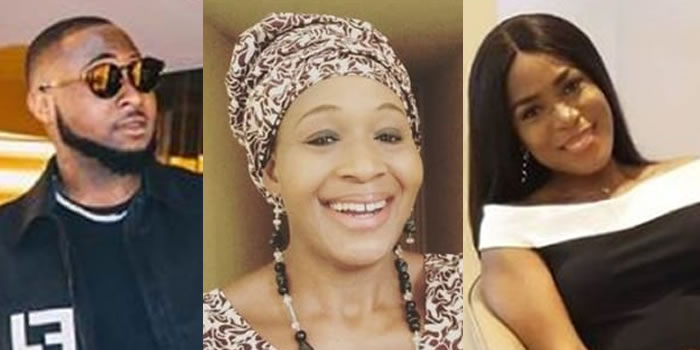 6 Nigerian celebrities that clashed in 2018

The year 2018 is gradually coming to an end and a lot of notable events have happened in the past months. The Nigerian entertainment industry had its fill of its usual drama among other things.

Humans, being social animals, cannot always peacefully co-exist. Some things would always lead to disagreements and sometimes they lash out. Celebrities are not left out of this.

Some people in the entertainment industry have given Nigerians hot topics of discussion owing to their fall out with colleagues in the industry.

We have gathered a list of six celebrity clashes.

DMW music boss, Davido, and controversial journalist, Kemi Omololu Olunloyo, left several Nigerians amused after they decided to fight dirty on Twitter. It all started with the rumour that the singer had separated from his popular girlfriend, Chioma. Olunloyo then used the opportunity to taunt the star, urging him to reveal his hidden secret to the public. Davido shot back saying that the journalist has been starved of bedroom action which is why she behaved the way she did. Kemi has also championed the investigation into the report that the Omo Baba Olowo fathered another daughter with a third babymama.

It was earlier reported that Toyin Abraham too stormed her colleague Mercy Aigbe’s page to rain insults on her as well as accuse her of being a fake and big for nothing hypocrite among other things. The mother of two never responded to the insults and her accuser apologized shortly after. The reason for their misunderstanding still remains a mystery.

Nigerians are already used to the obvious bad blood between popular bloggers, Stella Dimoko Korkus and Linda Ikeji. They have both clashed over issues bordering on theft of exclusive content without giving credit. Stella once took to social media to issue a stern warning to Linda as she told her to learn to give credit for a person’s work.

There have been several reports of beef between top musicians, Kizz Daniel and Reekado Banks. The reason for the bad blood between them is, however, unclear. It was earlier reported that Kizz refused to work on a song after he discovered Reekado was also on the track.

Journalist, Kemi Olunloyo, and popular blogger, Linda Ikeji, are no doubt controversial personalities. This is the second time they are making this list. Shortly after Linda gave birth to her son, Jayce Jeremi, Olunloyo took to attacking her, claiming that the child is a surrogate baby and that Linda faked the pregnancy. Initially, Linda did not respond to her rants but she eventually did by threatening to sue the journalist for peddling lies about the birth of her son.

The fight between Oyemykke and Tunde Ednut came to the fore after Tunde, who owns a very active Instagram page, posted a video where Oyemykke was supposedly kicked out of a Wande Coal concert in London. This angered the social media influencer who took to spilling Tunde’s dirty secrets. According to him, the former singer was deported from the UK because he stole an iPhone 5. Tunde did not respond to his claims and he continued to run his page in his usual fashion.

Going by the things that happened in the entertainment scene this year, 2019 promises to be even more interesting.

Meanwhile, we’ve earlier reported that American rapper, Kanye West, took to his Twitter handle to blast Canadian star, Drake, whom he claimed threatened him on a phone call.

According to the 41-year-old star, he did not reveal that Drake has a son to fellow rapper Pusha T. He further explained that Drake sneak dissed him on a track instead of meeting him personally to talk about their issues. Also Kanye demanded for an apology.

You may also like to read; “Davido is my daddy” — Davido’s alleged 5-year-old first daughter declares