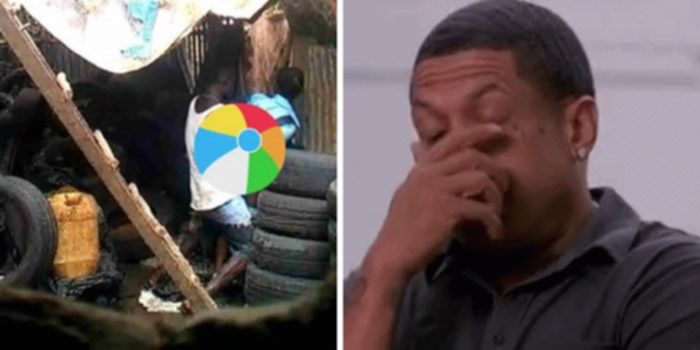 A man was caught on camera having sex with secondary school girl in a mechanic shop.

According to Facebook user Patrick, the incident allegedly happened in a workshop in Lagos earlier today.

It is reported that the schoolgirl, who is fond of staying away from school, was seen walking into the shop to meet with the man before the incident was captured on camera.

The pair were spotted and filmed from another building close to the workshop.

Various internet users have reacted to the viral pictures with many blasting the man for the shameless act and some as well blaming the girl.