An unarmed man who was suspected to be an armed robber was allegedly shot dead by policemen in Edo state on Tuesday morning, January 29th.

According to Instagram user, @CarrickDublin who shared a video from the scene online, the suspected man was fleeing the scene after he was apprehended when the police shot at him.

This happened in Benin city some Armed police men caught some innocents boy’s and they were not with any weapon,Then one was trying to Escape and he was shoot dead at the spot…..The Questions is What’s is happening in Nigeria? 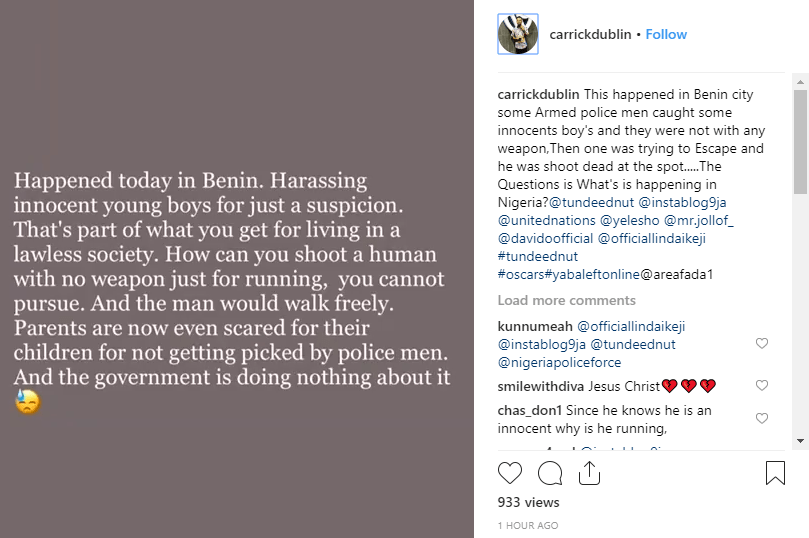