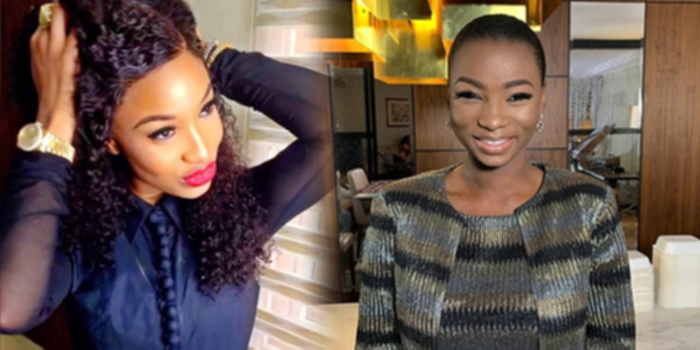 Nollywood actress Tonto Dikeh seems to be losing friends to her former bestie Stylist Toyin Lawani who is now her enemy.

The two were great friends until deep rivalry tore them apart in 2015. The two ex friends have continued to walk on separate lanes, avoiding each other like a plaque.

However, they keep losing friends to the other party. While Toyin lost Bobrisky to Tonto sometimes ago, Tonto and Bobrisky also lost their new friend Nina to Toyin in a very funny way.

Meanwhile Tonto and s*x therapist Jaaruma have become friends for a while now, only for us to see Toyin and Jaaruma hanging out and having fun in Abuja.

Could it be that Toyin targeted Jaaruma knowing fully well that she is Tonto’s close acquaintance or could this be a mere coincidence? Not forgetting however Swanky Jerry also left Toyin for Tonto back then in a very fierce friendship that also ended!