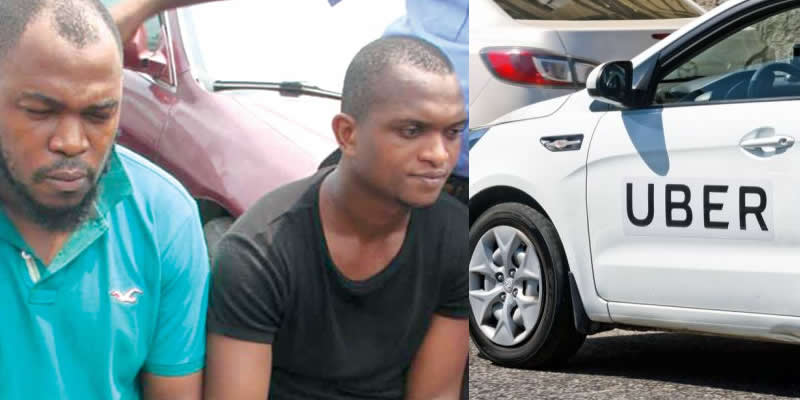 The police in Lagos state have arrested members of a female-led armed robbery gang whose speciality is to rob Uber drivers of their vehicles in Lagos state.

Parading two of the gang members, Zino Tochukwu Ude and Anumelechi Chris Williams, before newsmen, the state police commissioner, Edgal Imohimi, said the female member is currently in police custody and is helping with investigations.

Narrating how they were apprehended, CP Imohimi said that on January 19th at about 11.30 am, an Uber driver picked a female passenger from Oniru to Orchid Hotel by 2nd Toll-gate, Lekki. Unknown to him, the woman belonged to a gang of armed robbers. On their way to the lady’s destination, the woman asked the Uber Driver to pull over, to enable her collect money from her boyfriend.

While waiting for her, three armed men came out from the location and robbed the driver of his Toyota Corolla car with Reg. No. KRD-827-EY, his two phones and cash sum of N20, 000.00. They carted away with his properties, with the lady in the car. 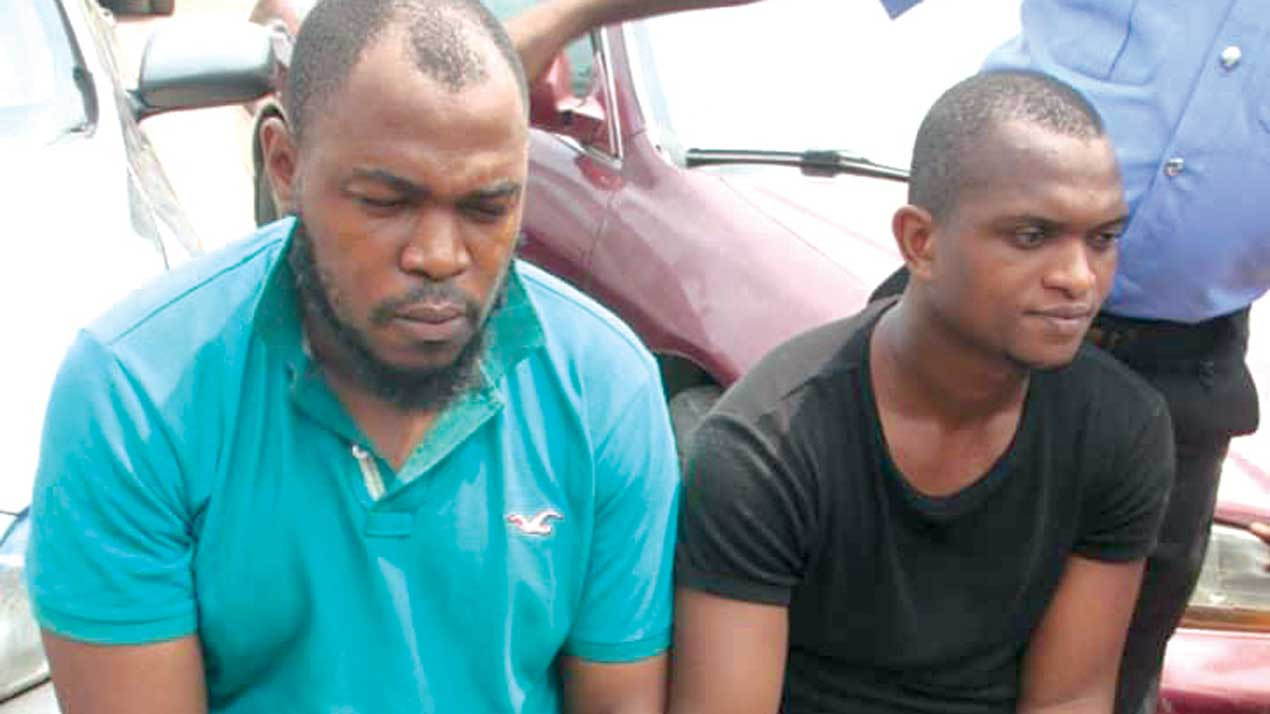 “On receipt of the report, operatives of SARS, Oshodi-Tapa, Lagos Island base, swung into action and visited the scene of incident, where they picked objects of evidential value for analysis. The result of the enquiry led to the arrest of two of the suspects involved in the crime, namely: Zino Tochukwu Ude ‘m’ and Anumelechi Chris Williams ‘m’ and the recovery of their operational arms: a cut to size double barrel gun with two live cartridges.

The police boss says the police is on the trail of other members of the gang still at large.