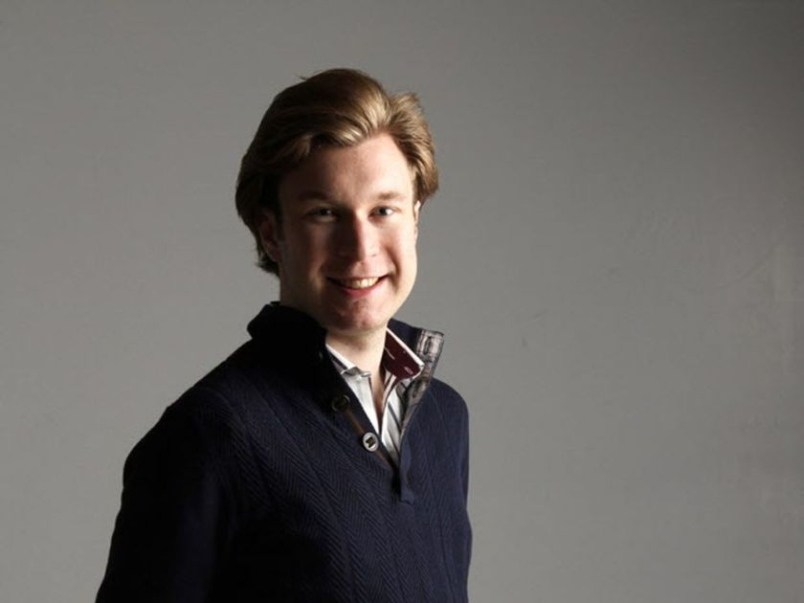 The chief executive of cryptocurrency company Quadriga CX has died, and he’s apparently the only one with the ability to unlock all his customers’ coins.

Without their digital keys, his clients lose access to their funds. The company’s board of directors said last week it is seeking creditor protection.

More from Bloomberg News on digital-asset exchange Quadriga CX’s $200 million problem with no solution in sight:

The online startup can’t retrieve about C$190 million ($145 million) in Bitcoin, Litecoin, Ether and other digital tokens held for its customers, according to court documents filed Jan. 31 in Halifax, Nova Scotia. Nor can Vancouver-based Quadriga CX pay the C$70 million in cash they’re owed.

Access to Quadriga CX’s digital “wallets” — an application that stores the keys to send and receive cryptocurrencies — appears to have been lost with the passing of Quadriga CX Chief Executive Officer Gerald Cotten, who died Dec. 9 in India from complications of Crohn’s disease. He was 30.

Cotten was always conscious about security — the laptop, email addresses and messaging system he used to run the 5-year-old business were encrypted, according to an affidavit from his widow, Jennifer Robertson. He took sole responsibility for the handling of funds and coins and the banking and accounting side of the business and, to avoid being hacked, moved the “majority” of digital coins into cold storage.

His security measures are understandable. Virtual currency exchanges suffered at least five major attacks last year. Japan, home to some of the world’s most active digital-asset exchanges, has also hosted two of the biggest known crypto hacks: the Mt. Gox debacle of 2014 and the theft of nearly $500 million in digital tokens from Coincheck Inc. last January.

The problem is, Robertson said she can’t find his passwords or any business records for the company. Experts brought in to try to hack into Cotten’s other computers and mobile phone met with only “limited success” and attempts to circumvent an encrypted USB key have been foiled, his widow, who lives a suburb of Halifax, said in the court filing.

Below, related tweets from the deceased’s company and others. Quadriga CX identifies itself on Twitter as a “Canadian Cryptocurrency exchange platform [whose] goal is to provide an easy to use platform to simplify the process of buying and selling Bitcoins.” 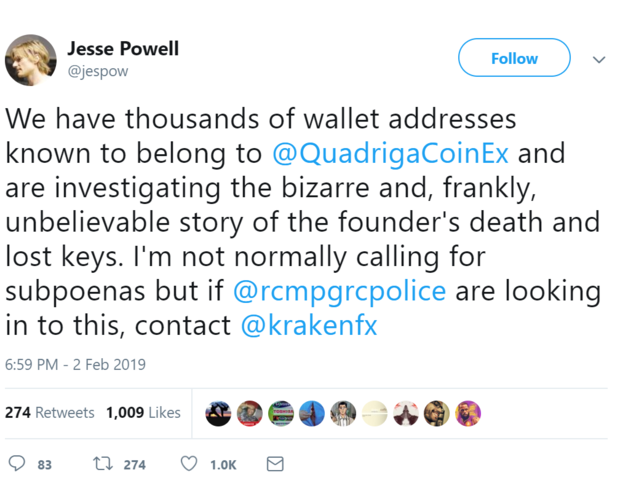