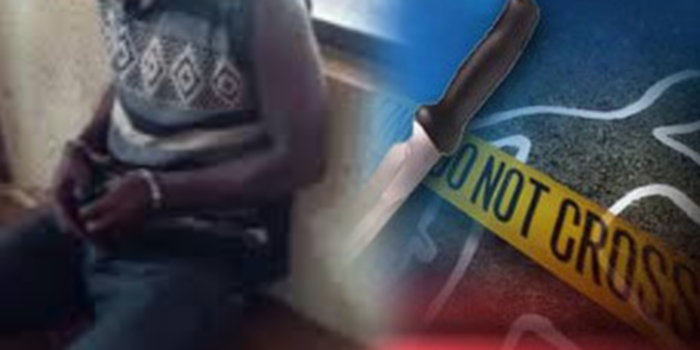 A Nigerian man identified as, Cyril Oko, allegedly stabbed his neighbour to death over playing loud music in Ebonyi state.

The 50-year-old suspect has been arrested by the police for stabbing his 25-year-old neighbor, Peter Nkwuda, to death on Monday February 4th.

According to the police, the deceased and the suspect stay in Oroke Onuoha area of Ebonyi Local Government Area of the state.

Trouble started when Peter started playing music from his room, raising the volume very high to the discomfort of his other neighbours.

Cyril Oko went to appeal to him to reduce the volume but he refused. An argument ensued which turned into a fight. Cyril stormed into his own apartment, came out with a knife and stabbed Peter who died instantly.

The matter was reported men of the Kpiripkiri Police Station who dispatched operatives to the scene of the incident to arrest Oko.

The state Police Public Relations Officer, DSP Loveth Odah, confirmed the incident and said the suspect would be arraigned in court after investigations have been completed.

Hundreds of Pastor Bushiri’s followers march on the streets, demand his release

“Only billionaires date me” – Bobrisky says