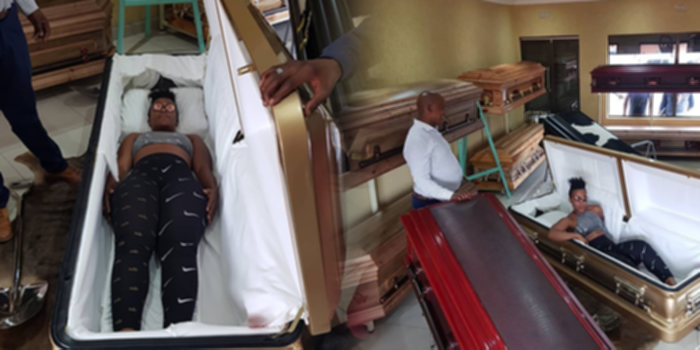 South African ‘Pantless Dancer’ Wabantu Buys Herself A 150k Coffin, Shares Photo Of Herself Posing In it

South African ‘pantless dancer’ Zodwa Wabantu who kicked off an early preparation for her death, bought her coffin while still alive.

Zodwa Wabantu the ‘pantless dancer’  who posed for photos shortly after she bought her coffin, disclosed that it is worth 150k,.

Death. Society is so Afraid to talk about Death. We all gonna Die,I made a Choice to Purchase my Coffin while alive. Its worth 150k 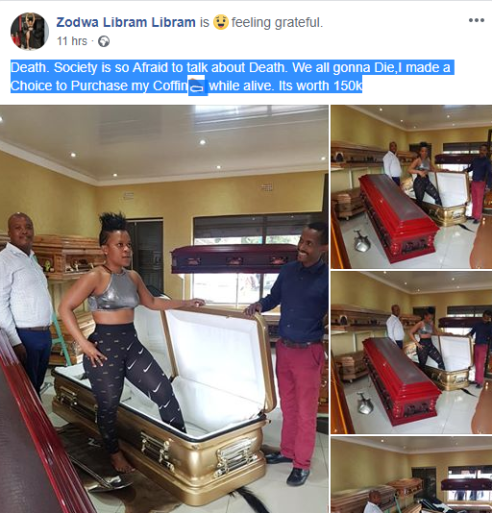 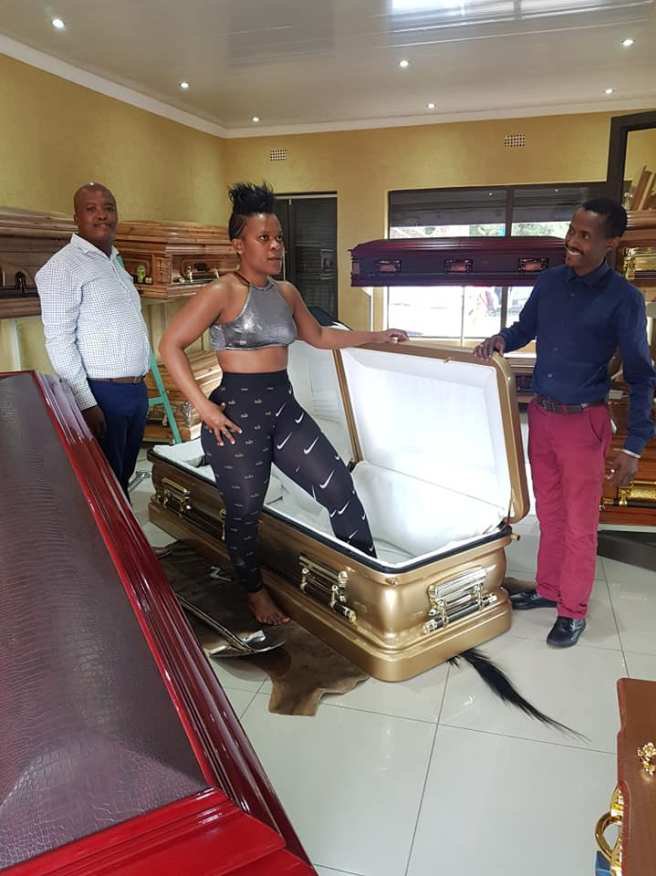 South Africa’s Zodwa Wabantu inspires more discussion about her wild style after she displays on social media some pictures revealing her naked butt.