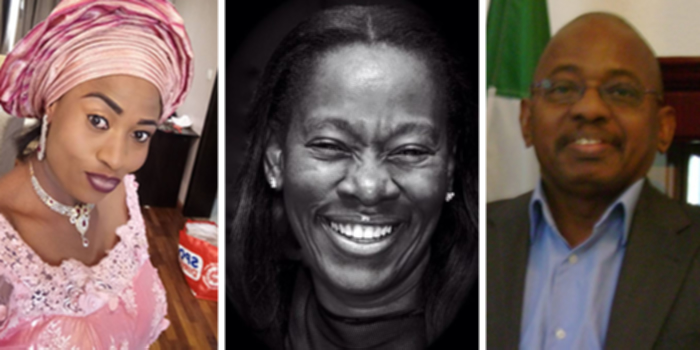 World Cancer Day: 5 Nigerian celebrities we have lost to Cancer

The World Cancer Day is a day set aside to sensitize and create awareness about cancer and various preventive measures that can be employed to manage the medical condition.

It is marked on February 4 of every year and is usually also a day set aside to remember those that have lost their lives against the battle of cancer. This year’s event was marked on Monday, February 4, 2019, and various volunteering groups took to the streets in a march against the life threatening condition.

While we celebrate those that have survived and are still fighting the condition, it is also pertinent to remember some of popular figures that have lost their lives in the fight for their lives.

Here are five Nigerian public figures that have lost the battle against cancer.

10 Nigerian Celebrities Who Died too Young

He was one of the leading musicians that thrilled the Nigerian audience with his musical talent between the late 1970s to mid-1980s. The musician lost his battle to cancer at the Howard University Hospital, Washington DC, on May 24, 2008, at the age of 61. He endured a prolonged battle with colon cancer which eventually claimed his life and snatched him away from his loved ones. The much loved Yoruba actress is also one that lost her life to the battle against breast cancer. The actress who had been fighting the condition travelled to Canada for a scheduled chemotherapy, unfortunately, the heavy treatment affected her body badly and resulted in her death. She died on Tuesday, May 15, 2018. Abimbola left two children behind. Her death continues to leave a void in the heart of her fans and loved ones.

An ace sports broadcaster and journalist, Yinka Craig, lost his life to cancer on September 23, 2008, at the age of 61. He was reported to have been diagnosed with Non Hodgkin Lymphoma, a cancer disease that affects the white blood cell. He died at the Mayo Clinic in Rochester, Minnesota, USA, and his death was confirmed in a family statement signed by his son, Dr David Olamide Craig.

He was a Nollywood filmmaker who co-wrote popular Nigerian comedy movie, Jenifa. He also produced and directed the 2010 movie, Omije Mi. The young man who had battled with the disease eventually lost his life on April 13, 2012. The Lagos based fashion designer and style icon’s death was a big blow to the Nigerian fashion industry. Remi who was 51 at the time of her death passed on November 3, 2012, shortly after undergoing surgery in a London hospital. She lost her life to uterine cancer.

We hope that they continue to rest in peace and pray that God fills the void in the lives of the family and friends they have left behind.