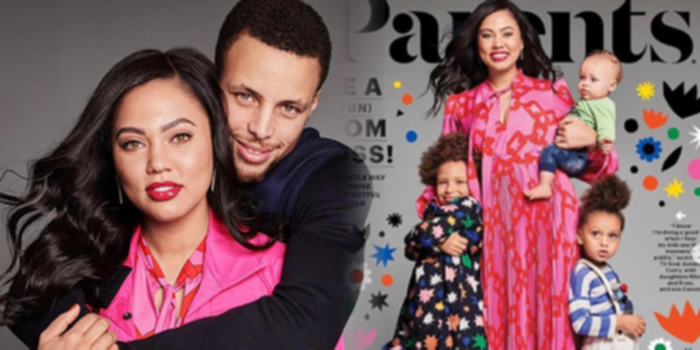 Stephen Curry and his family are the cover stars for Parents magazine’s March issue, and they look adorable in early shots released by the basketballer.

In a cover-story interview for Parents magazine’s March issue, Ayesha, 29, reveals her secrets to running her household.

As an entrepreneur and mom of three, Ayesha Curry has to let something fall through the cracks occasionally — and she’s totally okay with that.

Talking about the rules she has established for her family, Curry explains to the outlet,

“The toughest one for us to follow is no phones at the table.”

“Of course, there are those moments when the kids do something super cute and you just have to record it,” she continues. “But we really try to implement the no-phones rule. Our kids love being at the table together, talking about their day, singing songs and telling jokes. It’s a special time.”

The Curry’s for @parents magazine! ❤️