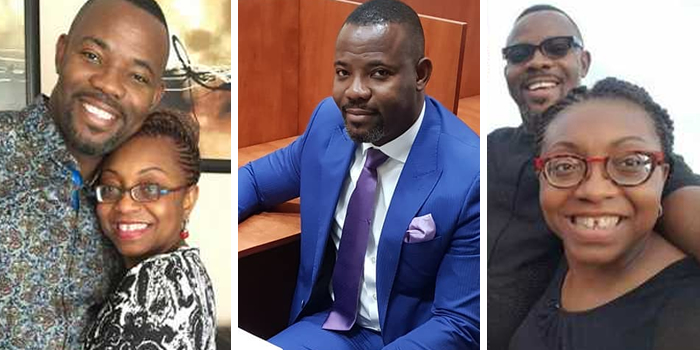 For popular comedian, Okechukwu Onyegbule also known as Okey Bakassi, insecure and jealous men have no business marrying well-educated and beautiful ladies, if they don’t believe in equal rights.

According to Okechukwu, men who want their wives to ‘worship and serve’ them should rather go for illiterate women.

“If you don’t believe that man and woman are equal and have equal rights, don’t bother about marriage.

“If you are looking for a woman to worship and serve you, don’t marry an educated woman. If you are insecure and too jealous, don’t marry a beautiful woman,” he advised.

Continuing, the father of three stated:

“If you are looking for a beautiful woman who will give and raise beautiful children with you, take you to the next level, support you in times of needs, then marry a beautiful woman who is hardworking and educated, and has a mind of her own. If you don’t have the right tools and the right skills set to sustain a marriage, you can learn. But no carry person daughter punish am o.”