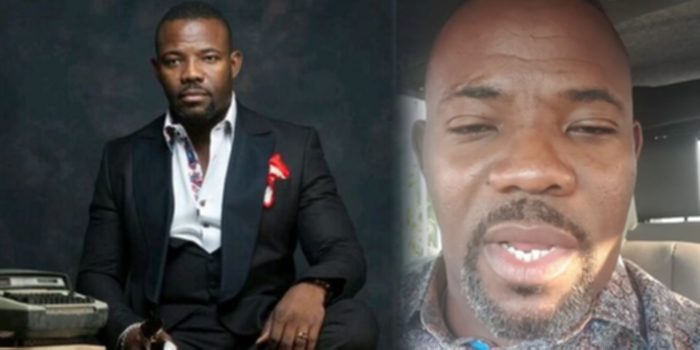 Comedian Okey Bakassi has advised bachelors to stay away from marriage if they don’t believe that women and men have equal rights.

The comedian who has been married for 17years posted a video on social media in which he also advised such men not to try to enslave a woman.

”If you do not believe that a man and a woman have equal rights, don’t bother about marriage. If you are looking for a woman to worship and serve you, do not marry an educated woman. If you are insecure and too jealous, don’t marry a woman who is beautiful. But if you are looking for a woman who would give and raise beautiful children with you, take you to the next level, support you in times of need, marry a beautiful woman who is hardworking and educated and has a mind of her own. Don’t carry somebody’s daughter to punish her” he said.

Small expo to bachelors who are planning to marry. #realitycheck