Side chic calls out boyfriend through his girlfriend on Twitter

A South African man’s side chic called out her supposed boyfriend, by reaching out to his main girlfriend on Twitter.

The lady, identified as @mxxsexx, reached out to the main girlfriend because their boyfriend had been rejecting her calls, so she was forced to tag his girlfriend to pass her message across.

According to her, she has been trying to get through to him to request for the money he is owing her, which he has been spending on the main girlfriend, not that she is still interested in having a relationship with him.

She further said that she is tired of being the bigger person, that is why she called him out through her.

In now deleted tweets, she said it worked as he returned her money.

See the tweets below. 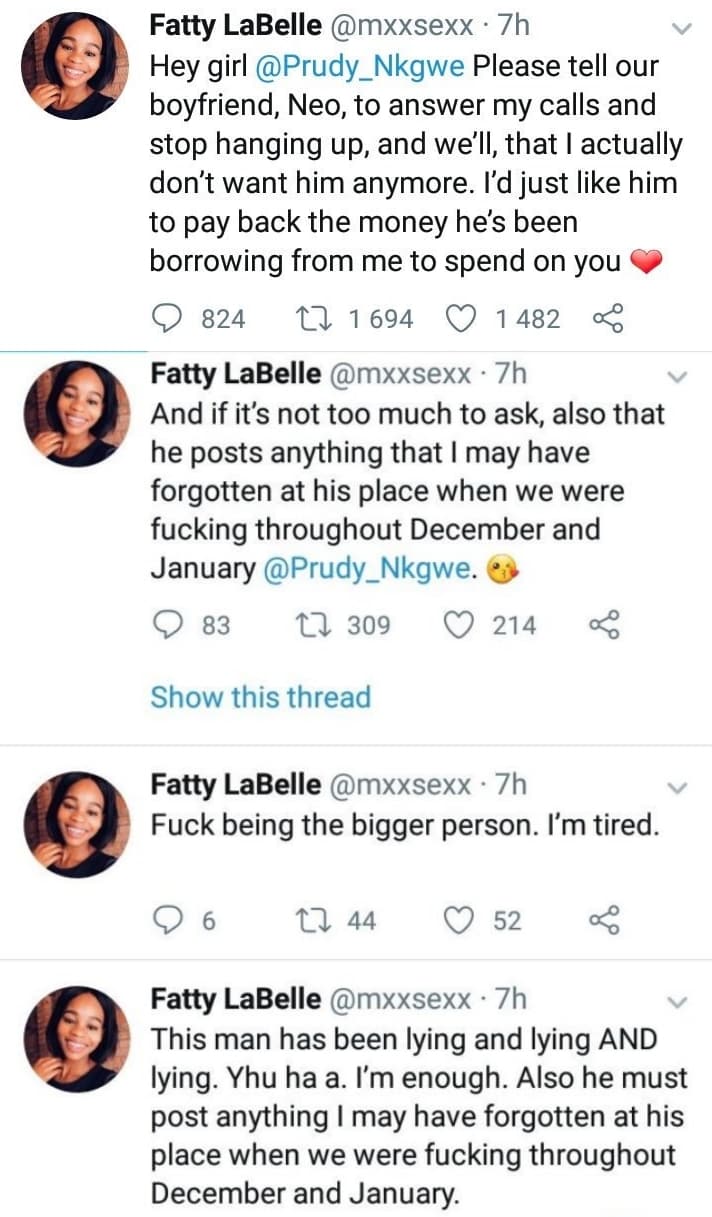