A White man got more than he bargained for after accusing a Nigerian man of stealing in South Africa.

The unnamed White man approached the Nigerian on the streets yesterday with allegations of theft before the accused gave him a very hot slap which was recorded in a video that has gone viral online. 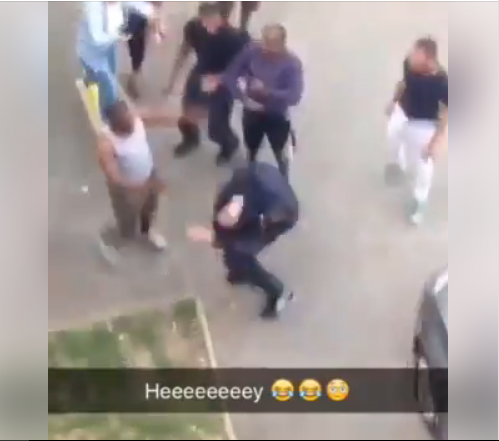 After the slap, other residents and passersby who witnessed the incident, had to restrain the Nigerian man from further beating the White man.

Watch the video from the dramatic scene below.