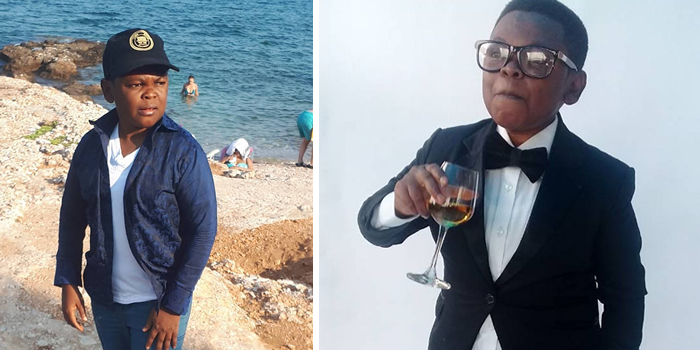 Nigerian actor Osita Iheme is a year older and is celebrating his new age in style. To mark his birthday, the 37-year-old actor released dapper photos on social media

Paw Paw was one of the interesting personalities that appeared in some of the favourite Nollywood movies in its early days. Himself and his closest colleague, Aki, were a strong force in the comic acting and doubtlessly cracked many Nigerians up with their talent.

However, time has passed and while he remains a brilliant actor, he has also made major moves that has planted him in the business world, where he is currently thriving.

So, when he released dapper photos to mark his 37th birthday, for many of his fans, it was more than just celebrating a new age but an icon who has achieved much in life against all odds.

It is easy to let a condition define you but people like Paw Paw are prove that the best can come out of whatever situation nature places one in.

Meanwhile, the internet is not completely over the most hilarious #10yearschallenge photos of Aki and Paw Paw, who have come a long way from acting mischievous roles in Nollywood. Happy birthday to a legend and one of Nollywood’s best.