‘We were paid N5,000 each’, Political Thugs confesses as they expose Politician who sent them

Mr. Uduak Ezekiel, the leader of a team of suspected thugs arrested on the eve of Saturday’s postponed Presidential and National Assembly elections in Akwa Ibom State, has accused the flag bearer of the Peoples Democratic Party (PDP) in Ukanafun/ Oruk Anam Federal Constituency, Mr. Unyime Idem, of bankrolling their activities. 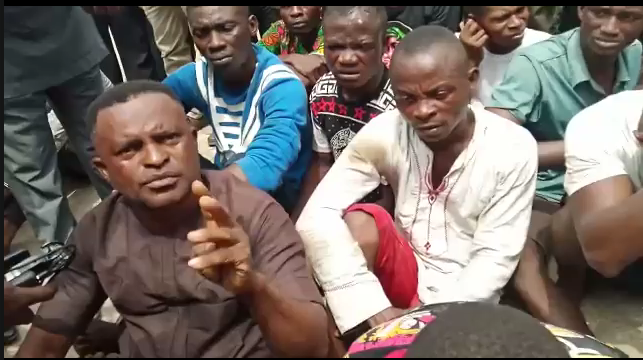 Ezekiel, who made the allegation during interrogation by journalists when paraded at the Akwa Ibom State Command of the Nigeria Police in Uyo, said the House of Representatives Hopeful, popularly known as Idems Ultimate, gave him an undisclosed sum of money to recruit the thugs.

He said the thugs were brought in from Ibadan in Oyo State and Port Harcourt in Rivers State. 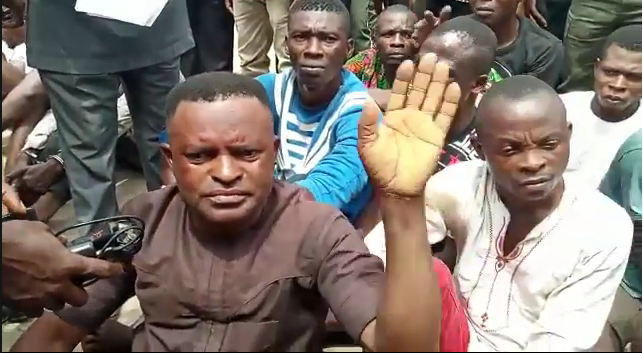 According to him, he paid the sum of N5,000 to each of the suspected thugs.

Ezekiel, who said he hails from Oruk Anam Local Government Area of Akwa Ibom State, denied claims by some of the thugs that they were brought to Akwa Ibom under the guise of attending a funeral before being nabbed by the police.

According to him, the said suspects were properly briefed on their mission.

Watch videos of the confession below.

Lovely Pre-wedding Pictures Of A Nigerian Soldier And His Fiancee

Young Man Disgraced After He Was Caught Stealing Goats In Anambra

UPDATE: Alex Ogbu, the journalist covering Shiites march in Abuja has been shot and killed