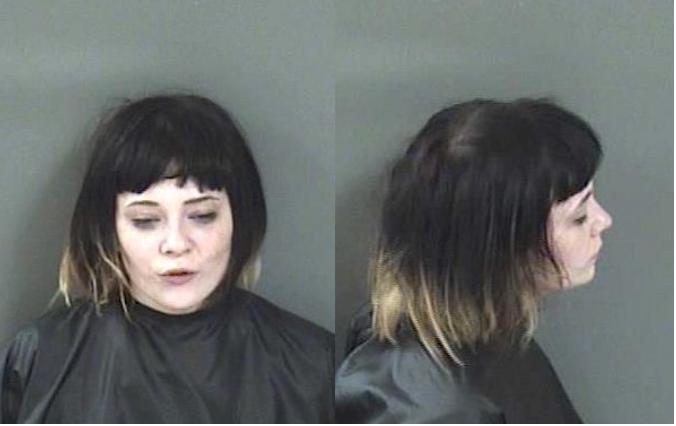 The police has arrested a naked woman who was raging after her boyfriend refused to romp with her. Samantha Jewel Hernandez, 21, had allegedly attacked her fiancée after he declined to have sex with her in a disturbance that led to the police being called. When they arrived at an apartment building in Vero Beach they found Hernandez naked and angry, The Smoking Gun reports.

Hernandez denied doing anything to her husband-to-be, “but was too intoxicated” to provide extra information. The victim, 21, told police that Hernandez had apparently “wanted to engage him in sexual intercourse”.

The police report said: “Hernandez was angry at the fact that [the victim] did not want to have sex and began attacking him, striking him in the face and ripping his shirt.” The police recorded he did have scratches on his face and neck and was wearing a torn shirt.

Hernandez was arrested on a misdemeanour domestic battery charge based on her boyfriend’s statements and “injuries observed on scene”. The cashier and the victim had so far lived together for two years, cops reported. But it seems her woes from the early morning visit from police was not over.

After being bundled into the patrol car, police say she “maliciously spit” on the arm of a patrolman “while yelling profanities”.

As a result, she was charged with battery on a police officer, and that is regarded as a felony, a far more serious class of offence and can carry a hefty prison sentence. A judge scheduled Hernandez’s arraignment for April 12 and ordered her to have no contact with her fiancée. She was being held in the county jail in lieu of $6000 (£4600) bond.