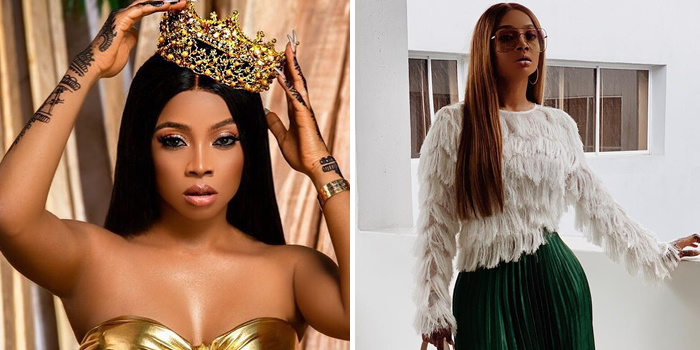 Toke Makinwa reveals the best revenge for an ex, after a broken relationship

Reacting to American actress’s breakdown at the 61st Grammy awards of how she was able to succeed, despite her ex-boyfriend telling her otherwise, Toke Makinwa reiterated the story and said moving on from a relationship is the best revenge.

Toke faulted the assertion that having a massive success after a broken relationship is the best revenge ever.

According to her, there is no power greater than picking one’s self up and moving on.

“Success is not the best revenge, moving on is. Imagine if she stayed glued to that toxic situation? No power greater than picking yourself up and moving on from it all.

Toke Makinwa reveals why she loves flaunting her backside as she…

She also continue by writing;

“Your success is not anyone’s payback, stop giving other people that power over you. You still live in the past if you constantly think about them, you don’t have to prove nothing to nobody, “Move on”.

“Keep moving on, it hurts but it’s the only way to true growth. What they think or how your success might make them feel is their karma, let go and elevate”.

“If You Cheat On Me And Think I Will Be Ashamed, You Haven’t Met Me” – Toke Makinwa

I do not take offense with your backlash, just tell us how you make a living –…

“If I had a man, would Facetime him, show him cleavage” – Toke Makinwa (Video)