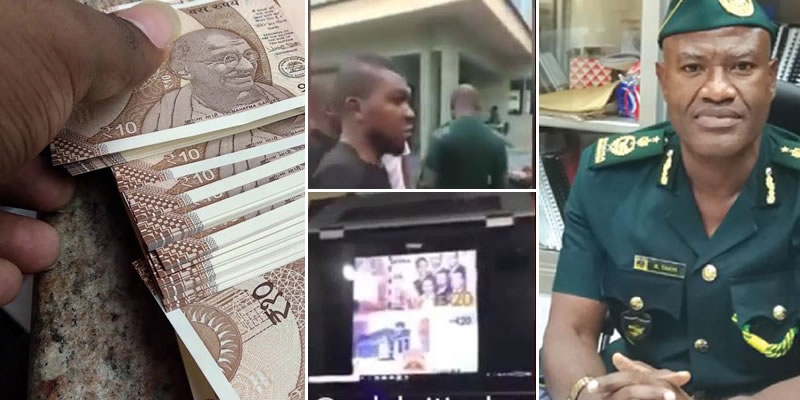 Nigerians in trouble in Ghana for illegally printing Cedis

Officers from Ghana Immigration Service reportedly tracked down and arrested some Nigerians who’re printing fake Ghanaian cedis and are releasing them into the system.

The Immigration officers upon a tip off reportedly paid a surprise visit to these men doing this abominable act. Their laptops and devices which they use in printing the fake currencies have been seized.

According to a Ghanaian news website, ShowbizCloud, all of them were packed in an Immigration bus and sent to the head quarters for prosecution.

In the video that is being circulated, one can see high-end computers and printers fixed to print fake Ghanaian currencies.

A young man whose face wasn’t shown in the video was seen feeding a special printer with a hard paper. Then appeared a screen with the picture of the back and front of 20 Ghana cedis note. After some few minutes, the printer could be seen vomiting fresh 20 Ghana cedis notes. Looking at the money, one wouldn’t even know it’s fake.

The video has since gone viral on social media. Watch video below as the Ghana Immigration service has been praised for doing well to track these criminals down and got them arrested.