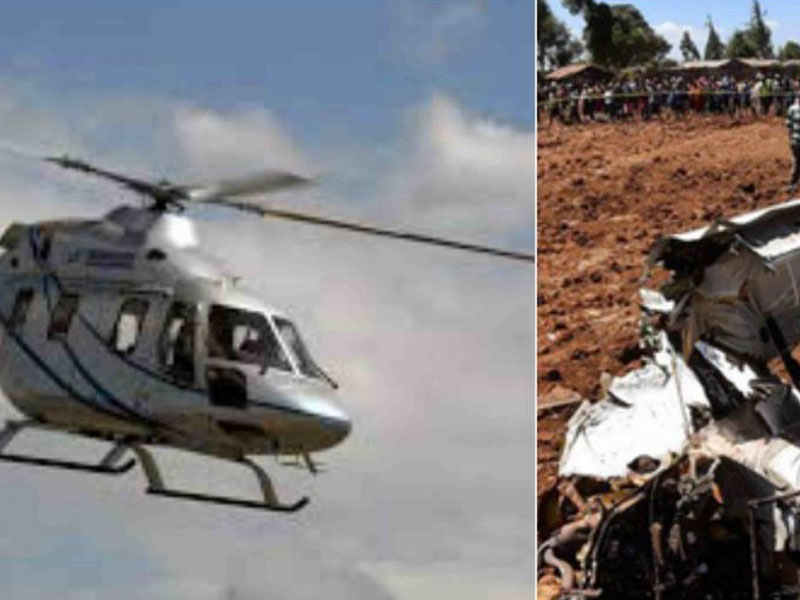 The incident reportedly happened in the Northern part of the East African country on Sunday. The helicopter crashed at Central Island, a volcanic island on Lake Turkana, Kenya’s national police said in a statement.

“Available information indicates that two helicopters had landed earlier at Labolo tented camp on the national park’s island, however only one managed to clear the area safely,’’ the statement added.

The wreckage of the helicopter was recovered in the early hours of Monday.

The cause of the crash was not immediately known, and the identities of the victims would be released once their next of kin have been informed, the statement said.

Huddah Monroe claims she won’t sleep with any man in 2019, advises fellow ladies to follow suit