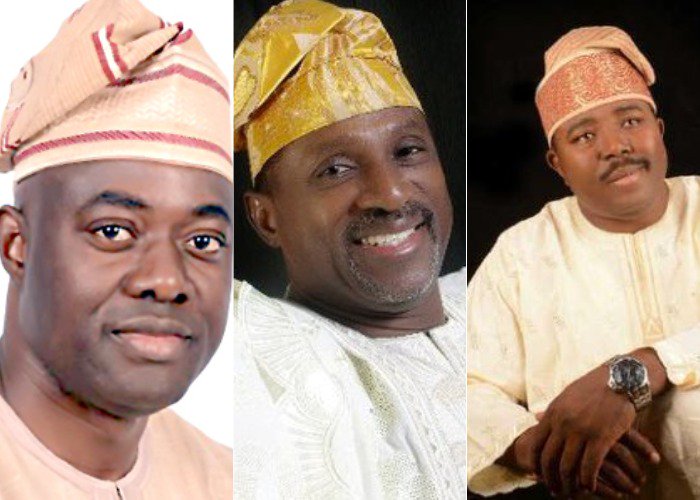 Election 2019: Lanlehin, others step down for PDP’s Makinde candidate in Oyo

The governorship candidates of the African Democratic Congress (ADC) and the Zenith Labour Party (ZLP) Olufemi Lanlehin and Sharafadeen Alli respectively on Monday ended days of anxiety and procrastination by stepping down for the candidate of the Peoples Democratic Party (PDP), Oluseyi Makinde.

The candidate of the Social Democratic Party (SDP) Bolaji Ayorinde also joined the alliance with the PDP. The alliance narrowed down the major candidates in the Saturday election to only All Progressives Congress (APC)’s Adebayo Adelabu and PDP’s Makinde.

The third major candidate, Adebayo Alao-Akala of the Action Democratic Party (ADP) is currently in an alliance with the APC. The directors-general of the campaign organizations of the parties involved in the coalition confirmed the decision on Monday, saying that details would be provided later.

The Nation learnt that a formal announcement and unveiling of the coalition will be made in a press conference on Tuesday. The agreement was expected to have been reached on Saturday but the ADC and ZLP were said to be in consultation with their stakeholders. Only the SDP confirmed its status in the coalition being built with the aim of dislodging the APC which has been governing the state since 2011.