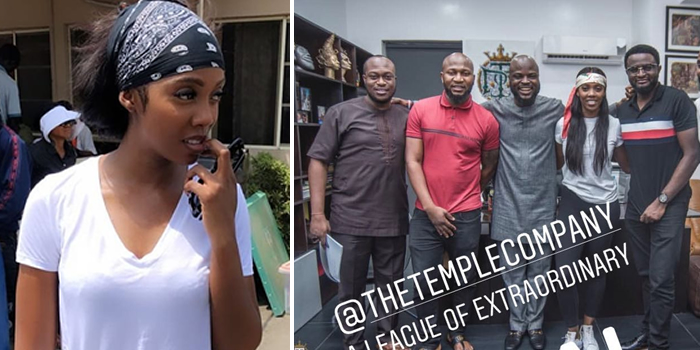 Nigerian singer and songwriter, Tiwa Savage has debunked rumours of her exit from Mavin Records which she signed into since 2012.

The News Agency of Nigeria (NAN) reports that the 39-year-old mother of one was signed to Mavin Records owned by renowned producer, Don Jazzy.

The performer had paid a courtesy visit to The Temple Management company on Tuesday after which group photographs were taken.

The company is a creative talent agency with bias in the art, sports, entertainment and media sectors.

Since the photos surfaced online, fans and other blogs have assumed that she dumped Mavin Records for good.

VIDEO: Tiwa Savage Opens Up On Suffering Depression, Says She… 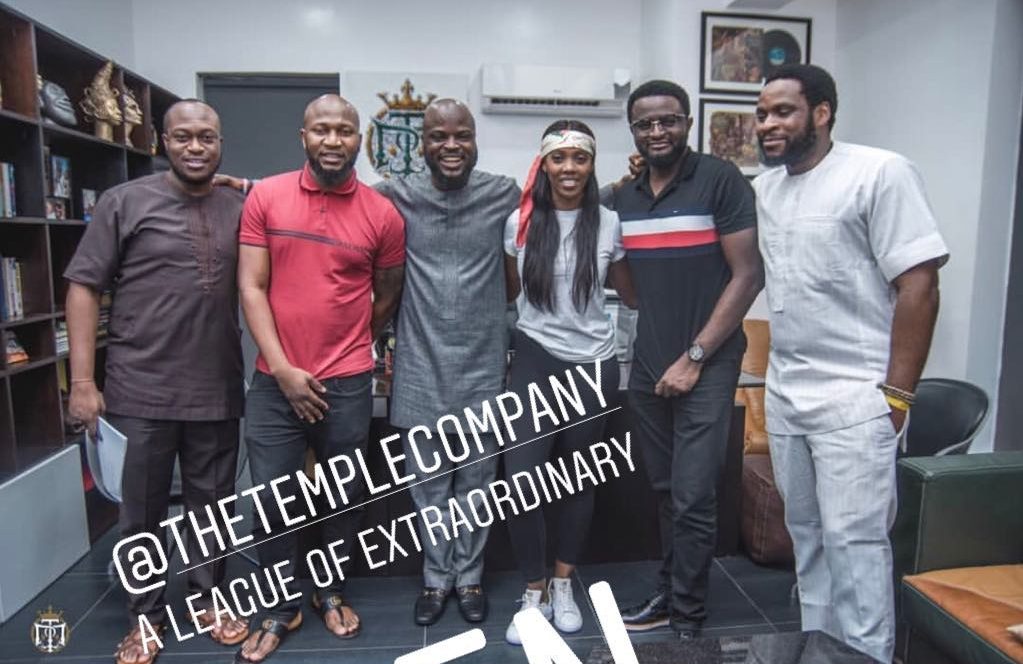 The celebrity, however, said the news was not true.

This was followed by an Instagram story post in which she had revealed to her fans that she was going to be making a major announcement soon.

Her actions led many to speculate that the celebrity singer’s announcement is probably going to be the fact that she is taking her exit from the musical home of her career since she surfaced in the Nigerian music scene, Mavin Records.

However, the proud mum of one has debunked the rumours, saying it isn’t true. 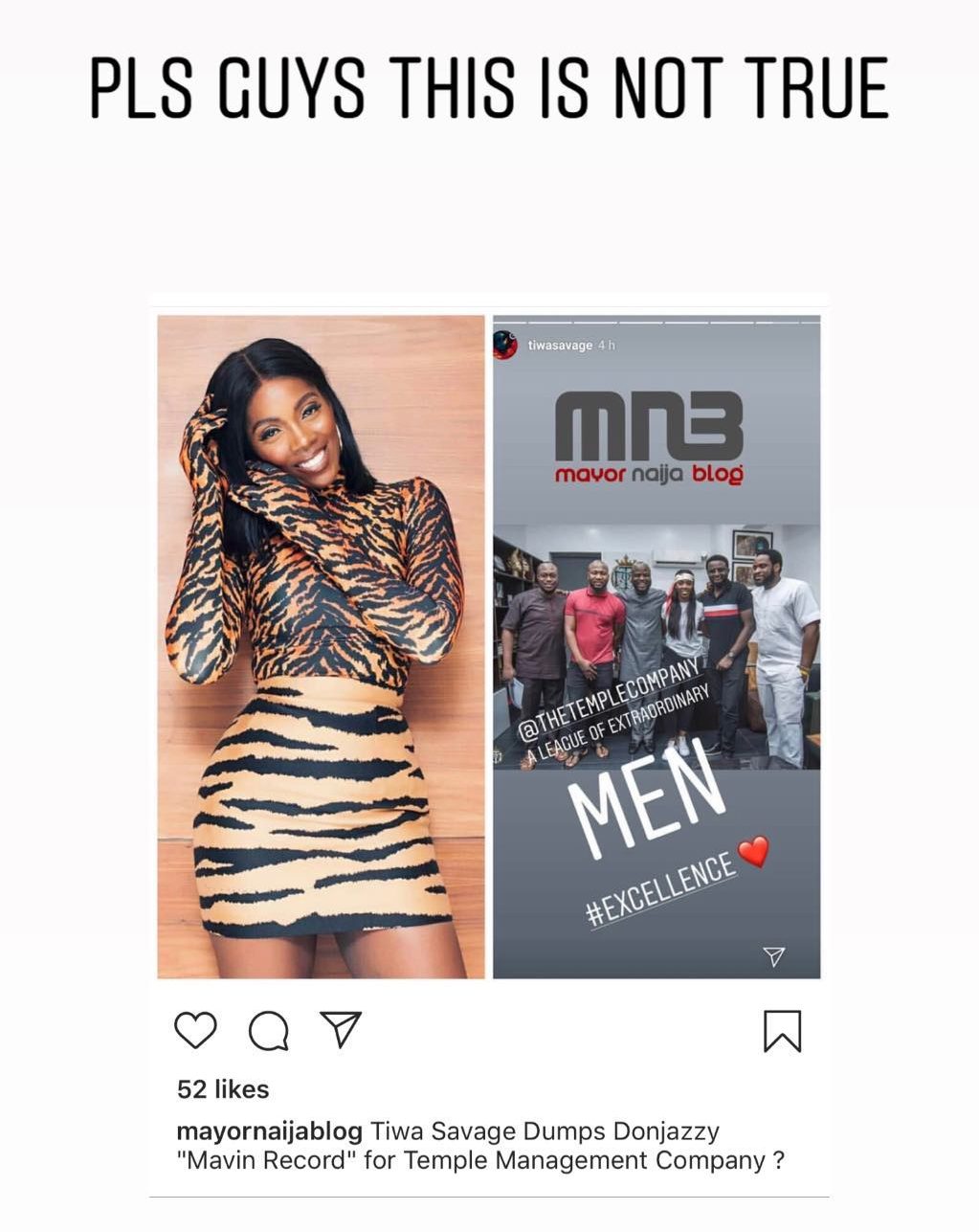 Savage currently has a songwriting deal with Sony/ATV Publishing, one of the world’s largest music publishing administrators.