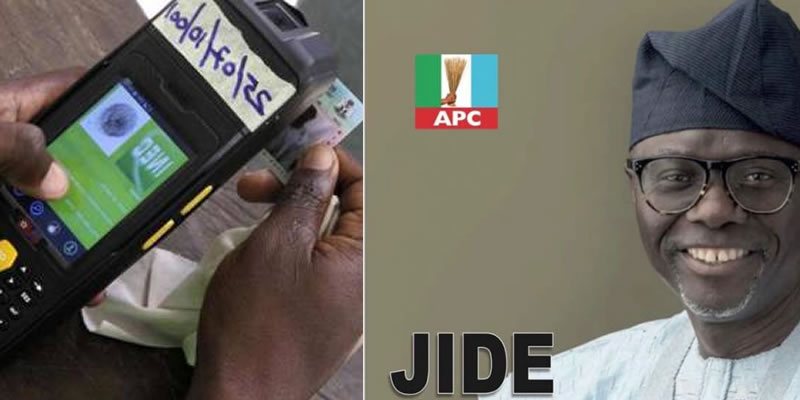 The Independent National Electoral Commission (INEC) has temporarily suspended the commencement of voting at the polling unit of the All Progressives Congress (APC) candidate Babajide Sanwo-Olu’s in Ikoyi, Lagos, until a malfunctioning card reader is fixed.

By Teekay On Mar 9, 2019
Source THE NATION
0
Share FacebookTwitterWhatsAppReddItPinterestEmail

According to THE NATION, an INEC official at the polling unit of the All Progressives Congress (APC) candidate Babajide Sanwo-Olu’s in Ikoyi, Lagos told voters at the ward that a technician was on the way.

He said voting could not commence with only one card reader.

“The malfunctioning card reader is booting, but refuses to start,” the officer told newsmen

Meanwhile, Sanwo-Olu is yet to arrive the unit.

No decision yet on okada, tricycles ― Lagos State Govt

We are committed to Badagry seaport project – Sanwo-Olu